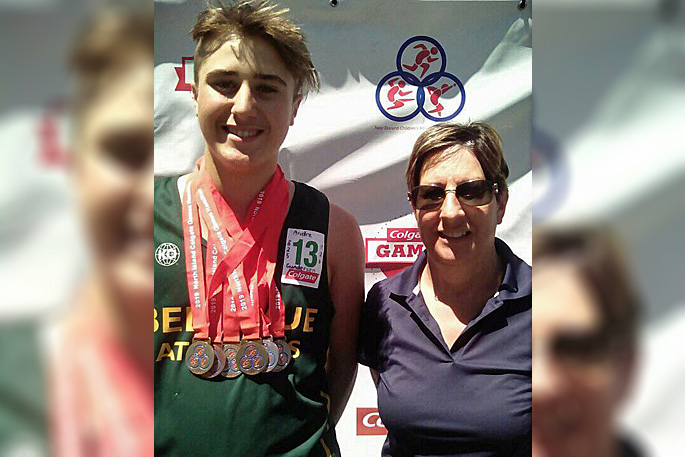 The North Island Secondary Schools Athletics Track and Field Championships are being held at the Tauranga Domain on April 6 and 7.

“There is plenty of athletes to watch out for.”

Malcolm says there are many competitors from Tauranga who are set to impress both on the track and on the field.

“We have a boy named Andre Gunderson, he broke a 1978 record set by a guy that turned out to be a New Zealand representative last weekend, by a couple metres in the discus.

“And he had thrown four metres in training before that, so he’s one to look out for.”

The Waikato Bay of Plenty Secondary School Champs were held on March 23 at Porritt Stadium in Hamilton, where Andre and other Tauranga students impressed.

Bethlehem College’s Marguerite Johansson is another athlete to keep an eye on, and Malcolm says both she and Andre are coached by Val Bromley.

“Marguerite won the triple jump, long jump and 100 metres in the intermediate girls.”

“Then there’s Max Brebner from Tauranga Boys College who won the 100 metres and 200 metres in the intermediate boys.

“But there is going to be some talent here.

“There are some very good kids coming to the event, and even some older ones.”

Malcolm says he is excited for the events to be contested in Tauranga.

“We’ve had it here before, but it is one of the better athletics meets in the country, especially for emerging talent.”