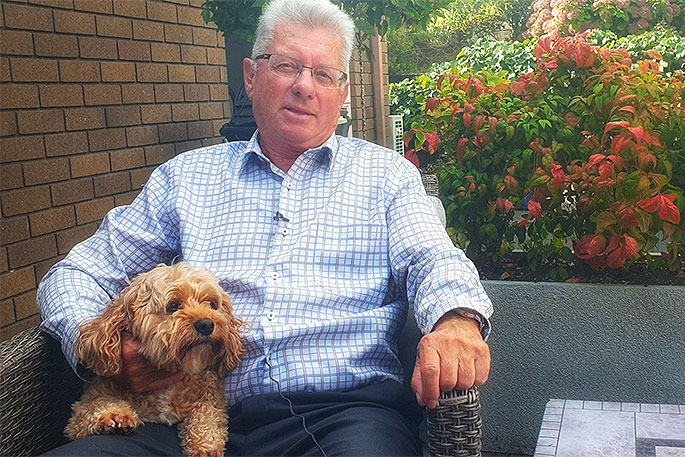 With those simple words Hauraki District Mayor John Tregidga announced he won’t throw his hat in the ring for the top spot at the upcoming elections in October.

After 36 years in local government and 15 years as Mayor, he says it’s time for someone new to wear the Mayoral chains.

“I’m going to miss it of course, but I know I’m leaving it in good heart. I’ve had a great team of councillors supporting me, we’ve got a great management team and staff; Hauraki is looking good and it’s moving forward,” he says.

This year the Council received an A-rating from the Independent Assessment Board that oversees Local Government Excellence Programme CouncilMARK™. Described as a “small council doing big things,” the Council’s performance in governance, strategy and engagement with the community was particularly noteworthy.

“We’re the only council in the country to achieve an outstanding result in both governance and community engagement, and this comes down to the fact that our councillors genuinely respect each other. That doesn’t mean we agree on everything, but we have created a culture where we can hotly debate an issue then break for a cup of tea with no hard feelings at all,” says the Mayor.

While he has enough career highlights to fill a novel, and he might just write one in his spare time next year, the biggest thrill of all his time in local government has been the growth and development he’s witnessed in the District over the last few years.

“You only need to take a quick drive around to see the place is humming. GDP in the district was up 2.6 per cent for 2018, compared to the year before.

"The unemployment rate has dropped to 4.9 per cent and people are spending more money here too. It’s truly heartwarming to see so much growth and activity.”

Despite the long hours required at times, and the demands of making many hard calls and decisions, the Mayoralty has never been a job to him.

“It’s so much more than that. I’ve worked with so many great people and built incredible relationships. It’s been a privilege, an honour and a great blessing to have had the opportunity to serve the communities I care so deeply about.”

He credits the ongoing support of his wife Evelyn and their three adult children for his long and rewarding career.

“I’m extremely privileged to have had such a supportive wife and family, and now Evelyn and I are really looking forward to enjoying our retirement years together. And you can rest assured we won’t be going anywhere else. We love living in Hauraki. We love Paeroa. This will always be home to us.”