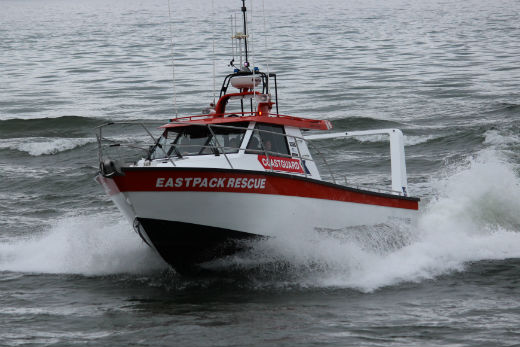 The coastguard was called to assist a person who fell from a boat near LIttle Waihi on Tuesday. File photo.

Reports of a person falling from a boat near Little Waihi sparked an emergency services callout.

Emergency services, including police and coastguard, were called to the water incident just before 4pm on Tuesday.

Police were called after a witness reported someone falling from a boat as they crossed the Little Waihi bar.

A police spokesperson says a person was located in the water by a rescue boat.

“They were taken to shore, where they were checked by ambulance staff.

“They were taken to Tauranga Hospital for a check-up.”