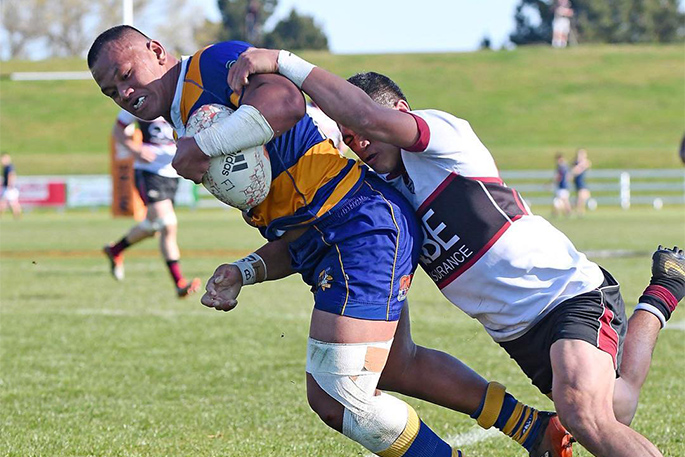 The Farmlands Cooperative Society Limited Baywide Senior Men's Club Rugby kicked off this weekend with the Premier, Premier Development and Division One teams.

The clubs came together as players, referees, team management and supporters and held a moment's silence prior to kick off at Saturday’s matches, acknowledging last Friday's sad events in Christchurch.

The Division One Round 1, Week 1 matches kicked off at 2.45pm on Saturday March 23, except for Poroporo which playing Ruatoki at the Poroporo Rugby Club at 7pm on March 21.

The Whakatane versus Papamoa match was held at Rugby Park, Marist St Michaels versus Ngongotaha at Marist Park, Waikite versus Reporoa at Waikiti Rugby Club, Kahukura versus Murupara at Kuirau Park, and Judea versus Paroa at the Judea Rugby Club.

The 2019 season started on March 23 and is sponsored by Farmlands Co-operative.

Club rugby provides an important pathway for selection into the Steamers, the Volcanix and other Bay of Plenty representative teams. From the Bay’s larger established clubs to the small rural clubs, with 37 clubs all over the Bay of Plenty, there is an opportunity for all to be involved in community rugby.