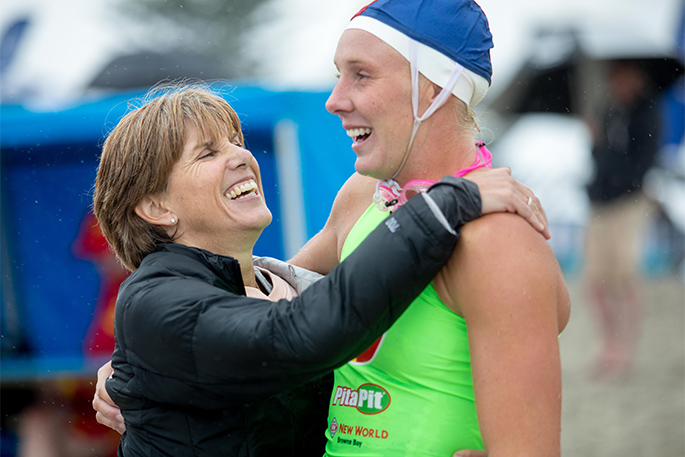 Danielle McKenzie completed an incredible set of national surf lifesaving titles on Saturday, further strengthening her status as one of the greatest female surf athletes New Zealand has produced.

When the 24-year-old Mairangi Bay star out-sprinted her rivals up Mount Maunganui's Main Beach to win the open women's run-swim-run at the TSB-sponsored titles, she captured the only water-based crown to have thus far eluded her.

She now has 26 open gold medals across the 13 water events at the nationals; a tally further bolstered with a win in the mixed double ski late in the day with clubmate Mike Lee.

The most impressive thing about her run-swim-run victory is that she's had to turn herself into a swimmer to compete on the ultra-tough Australian professional ironman series.

"It's pretty awesome - it was a really long run but I was just trying not to use too much energy on the way out and be a bit smarter with it," McKenzie said. "I just had to trust all my swim training was going to be good enough to keep up with those girls."

Rising 17-year-old swim star Sasha Reid (Fitzroy) was second, with Papamoa's Natalie Peat - bidding for a fifth consecutive title - settling for a plucky bronze, after McKenzie stuck on her wash through the majority of the swim.

"It's unbelievable - winning's one thing but getting first, second and third is just unreal," Lee said. "I was probably happier when we turned around to see the other two crews on the wave behind us. We're just following on from a proud tradition of ski paddlers at Mairangi Bay and it's a really proud day."

Ironman star Cory Taylor (Midway) grabbed the men's run-swim-run title, his third gold of the carnival, while another Australian-based Kiwi Murdoch Finch (Omanu) finally broke through for an emotional win in the men's beach flags.

Finch has picked up four minor medals since 2014 but the New Zealand team member wasn't to be denied again, edging Papamoa's Kodi Harman in the final, with another Papamoa flyer Aidan Smith third.

Casie Fyall eased her way to her second open women's beach flags title, sealing yet another sand-based gold for Waikanae, with Australian Oriane Venet (Kurrawa) second and Mount Maunganui's Alica Wilson third, although Wilson backed up soon after and won the under-19 women's title.

Mount Maunganui also collected wins in both open board relay finals, with Sam Shergold producing a withering second leg to help him, Cameron Witney and Perry Farrell to victory in the men's race, after Amy Barron had anchored the women's team home after strong legs from Emily Corin and Libby Bradley.

The result helped Mount Maunganui ease into a four-point lead with one day remaining; the hosts are on 64 points, with Waikanae on 60 and Mairangi Bay third on 36. 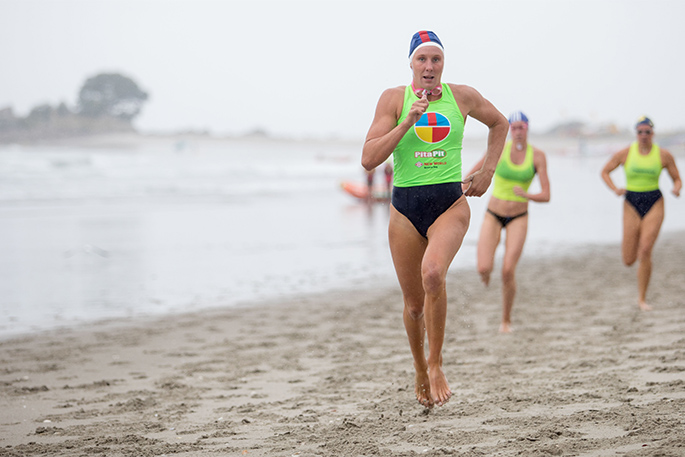