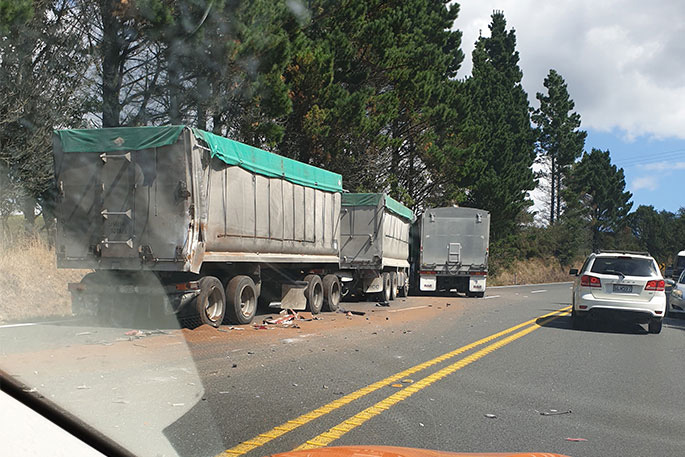 Debris was scattered over the road following a two truck crash on State Highway 29. Supplied Image.

No "substantial" injuries have been reported after two trucks crashed on State Highway 29, near the Kaimai Range.

Emergency services were called to the scene near Hanga Road, at around 2.10pm.

A police spokesperson says the trucks were cleared from the scene yesterday.

“The road was partially blocked for a couple of hours. We have no report of substantial injuries.”