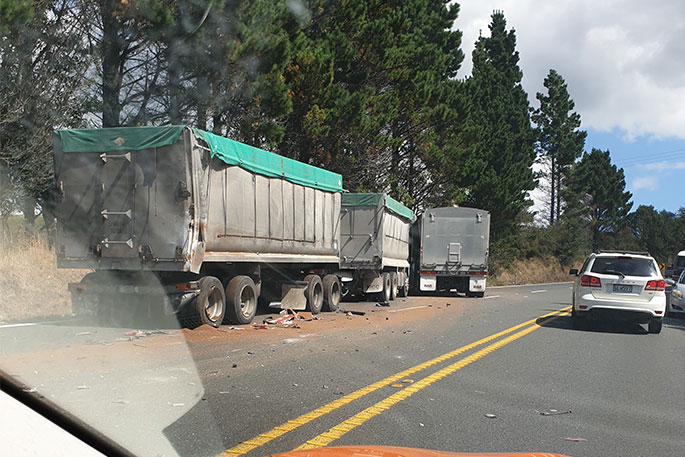 Debris is scattered over the road following a two truck crash on State Highway 29. Supplied photos.

UPDATED: Emergency services are responding to a crash involving two trucks on SH29, near the Kaimai Range.

Initial reports suggest there are no injuries and that both drivers are out of the trucks, says a police spokesperson.

"There are blockages. Motorists should expect delays." 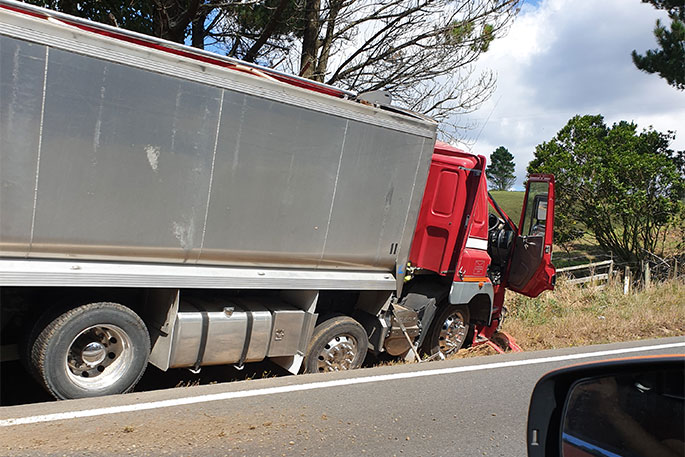 Two trucks have crashed on State Highway 29, near the summit.

A caller to the 0800 SUNLIVE news hotline says one truck is off the road and another blocking one lane.

"The crash is near Hanga Road. Both drivers are out of the vehicles."

Photos sent to SunLive show debris all over the road.

People are advised to avoid the area if possible.

There seems to be truck accidents more frequently or am I imagining it? A truck in the river on route 36 a few days ago is this road suitable for log truck trailers?..travelling too fast? now this and others recently. Are drivers under more pressure timewise? Route 36 maybe shorter but is quite busy and trucks on the back road can be frightening . On Tamaki drive today on cruise control at 80 kmph every truck passed me. All roads are getting busier but surprising how many trucks are involved in accidents . Roads could be always better but it is still drivers causing the problems . Impatience, speed , tiredness, take your pick. The Kaimai can be a truck jostling exercise. Certainly annoying when trucks overtake one another at similar slow speeds and block the passing lanes. Not going to change