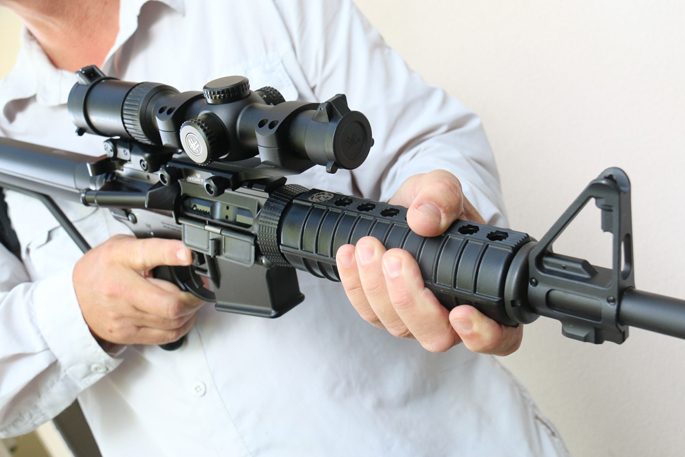 Gun laws are expected to change following the Christchurch shootings on Friday.

Changes around current gun laws are to be expected following the shooting attack in Christchurch on Friday.

A Tauranga firearms expert, who wishes to remain anonymous, says the reformed gun laws have started a blame game and it has been too much of a rush to change gun control legislation through parliament.

He says there is no need to change laws for one injustice act.

“Scapegoating and penalising gun owners for the actions of one (or a couple) of individuals is about as absurd as having your car being confiscated because your neighbour drove drunk and killed a bunch of people.

“There is already perfectly adequate legislation in place, it just needs to be administered correctly, and in a better way than it has been so far.

“More than 250,000 licenced gun owners should not be shouldering the blame for this act of terrorism that lies squarely with the current government and its agencies (SIS, GCSB, and Police Intel).”

The firearms expert says laws in New Zealand are already restrictive, however they are fair and reasonable and licenced gun owners shouldn’t be punished for the Christchurch shootings on Friday.

“Suggestions that NZ gun laws are very ‘loose’ is complete and utter rubbish.

“There is already perfectly adequate legislation in place, it just needs to be administered correctly, and in a better way than what it has been so far.

“In some respects the Police have been underfunded in that department, and there have been calls for them to be removed from administering the Arms Act altogether, well before this tragedy occurred.”

In terms of the attack, he says the government is giving the shooter what he wants “which is public attention, and no matter what he used to kill people, the easy fix is not to ban whatever weapon was used”.

“If the killer was not allowed access to firearms he would have used another method. Bombs, bus, trucks, knives, poison – this was also spelled out in his manifesto.

“He deliberately used firearms – and live streamed it – for dramatic effect, and to create dysfunction and outrage in society.

“Things need to be kept in perspective. This guy would have killed people in some way, shape or form. That is without question, due to the level he had been forced to act out.”

He says serious questions need to be asked in terms of how the terrorist slipped under the radar of intelligence agencies.

“He (the shooter) only had a firearms licence for a little over a year before this terrorist act, and it seems that his whole reason for getting a licence was to carry out the shooting. Thus he could not be considered to be a regular/valid firearms license holder in the normal sense.

“He was not a hunter, target shooter, or farmer.”

Nobody is getting punished by taking away machine guns. Jeez, no wonder the nutjob came here.

Guns are not to blame.

Neither are the Police or Government Agencies. Or the vendor who sold the weapons. Responsibility lies squarely with the creature who pulled the trigger.