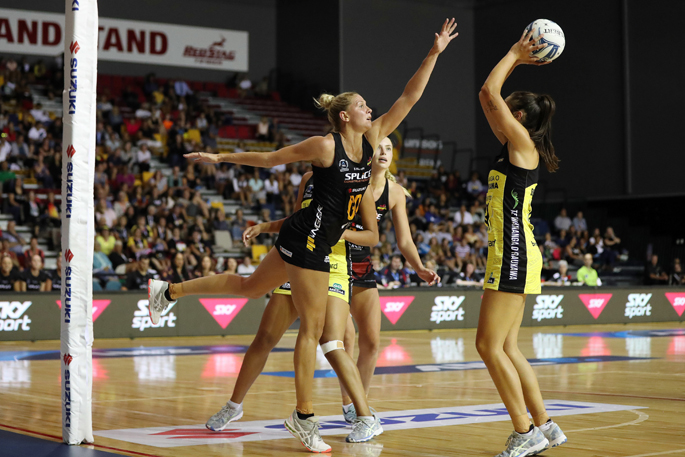 Casey Kopua has announced her retirement for the end of the 2019 season. Image: Supplied.

Splice Construction Waikato Bay of Plenty Magic legend Casey Kopua will call time on a 17-season career at the end of the 2019 ANZ Premiership season.

Celebrating 20 years as a franchise, 2019 was always going to be special for the Waikato Bay of Plenty Magic, but it will now be even more significant.

Retiring from all Netball at the end of 2019, Kopua has etched a rich legacy with the sport and is the embodiment of the Magic culture and ethos.

Kopua has only ever played for Magic, joining the team as a teenager, alongside Laura Langman in 2003. She has been the rock of the team’s defence ever since, becoming one of the sport’s best ever defenders, a Silver Ferns captain and centurion.

“This next six months is the biggest six months for me because after that, that’s it. The only difference is this time it’s for good. My mind is willing, but my body isn’t,” says Kopua.

“I have had the best career with Magic. I have grown as a person and a player. Thanks so much for all the opportunities, all the friendships and all the support over the years. Magic will always be a part of me,” she says.

Splice Construction Magic head coach Amigene Metcalfe has known Kopua as a team-mate and as a player under her charge.

“Casey is certainly synonymous with Magic Netball and it’s with great pride I’ve been able to watch her growth as a team-mate, coach and friend.

“From early on it was obvious to see her potential but what she has given to netball in the region, nationally and internationally has been huge. She is a true competitor, a loyal team member and I’m sure she’ll be determined to make this year her best one yet.”

“Casey is Magic and Magic is Casey. She is a living legend. It’s as simple as that. The history and legacy of this team wouldn’t be what it is without her. It’s been an absolute pleasure working with her,” he says.

“The phrase Mana Wahine could have been coined for Casey. I strongly urge all Magic supporters, and general sports fans, to come to our home games this season to see Casey in action one last time. I’m not sure we’ll see the likes of her again for many years, if ever.”