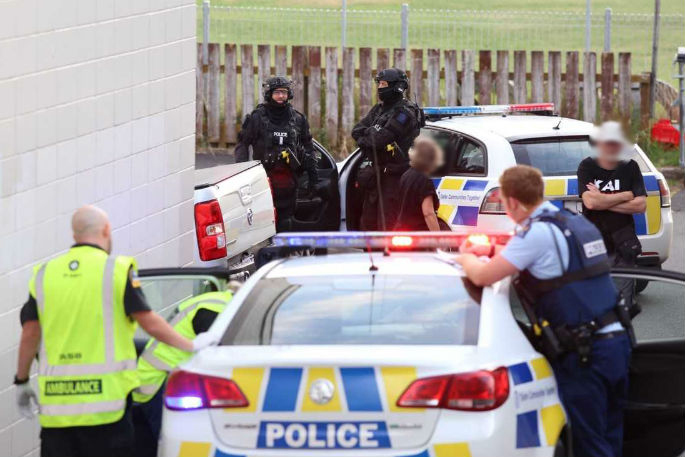 Emergency services at the scene of the stabbing in Greerton. Photo: Cameron Avery.

One person has been arrested following a family harm incident in Greerton on Friday night.

Emergency services were called to the South City Baptist Church rear carpark at around 7pm.

A police spokesperson says one person has been charged with assault with a weapon.

“They will appear in Tauranga District Court on Friday.

“Another person sustained minor injuries and was treated at the scene.

“Police are not looking for anyone else in relation to the incident.”