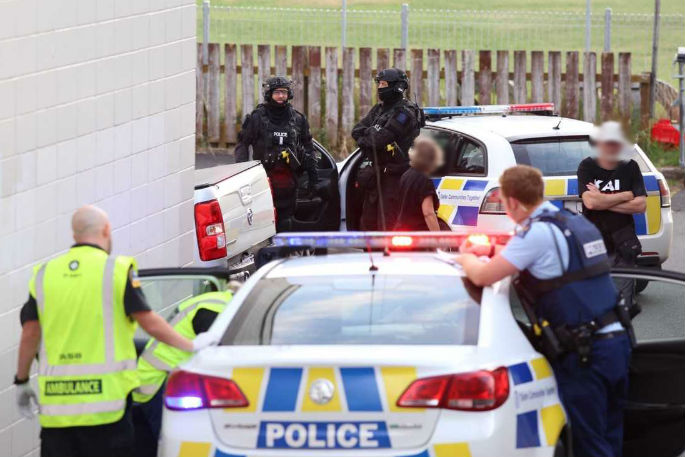 Emergency services at the scene of the stabbing in Greerton this evening. Photo: Cameron Avery.

UPDATED: Police and members of the armed offenders squad responded to a stabbing in Greerton this evening.

A reporter at the scene says emergency services responded to a family harm incident at the South City Baptist Church rear carpark around 7pm.

"AOS surrounded the area and an ambulance was also at the scene."

Reports are coming in of a possible stabbing in Greerton.

A caller to the 0800 SUNLIVE news hotline says someone has been stabbed on Chadwick Road.

"Police are there and an ambulance has been called."

SunLive has contacted police for confirmation and will update this story as soon as we have something more.