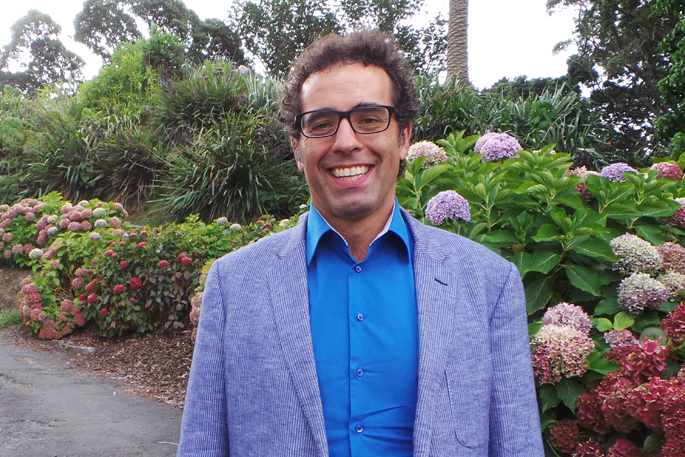 The Opportunities Party (TOP) leader Geoff Simmons is in Tauranga as part of his national visits.

The Opportunities Party (TOP) are on a mission to rebuild following a dismal campaign in 2017.

TOP leader Geoff Simmons is paying visit to supporters across the country, as well as getting out into different communities to share the party’s direction.

Geoff was in Tauranga on Wednesday as part of his national visits, which run throughout February and March.

“The idea is to get around the country over those couple of months.

“When Gareth announced he was going to shut The Opportunities Party down, some people sort of drifted away, and then the membership said no, we want to keep going, so it’s about rebuilding.

Geoff says it is important to get around different parts of the country as some areas are less developed than others.

“Some places there is still a good infrastructure, and politics is about the ground game, different parts of the country are at different stages.

“Here in Tauranga we are getting those foundations in place again and getting our local team up to speed and aware of what’s going on.

“I do appreciate getting out of the big cities and connecting with real New Zealanders.”

From a policy perspective, Geoff says the feedback they received after the 2017 election was around pitching farfetched ideas within a short time frame.

“We brought some big radical ideas to the table and people appreciated that, and a lot of the people that we attracted are more courageous and open minded kiwis, but we had a lot of policy that was quite complicated and a lot of people struggled to understand that.”

He says the main learning from the last election was around the importance of messaging, which they are working on leading up to the next campaign in 2020.

“We need to really boil down on what we’re about and what we stand for.

“For a party of our size we have a really strong network of talented volunteers and we’ve just got to equip them with what they need to go out there and have conversations, put on events and get people talking about things.”. 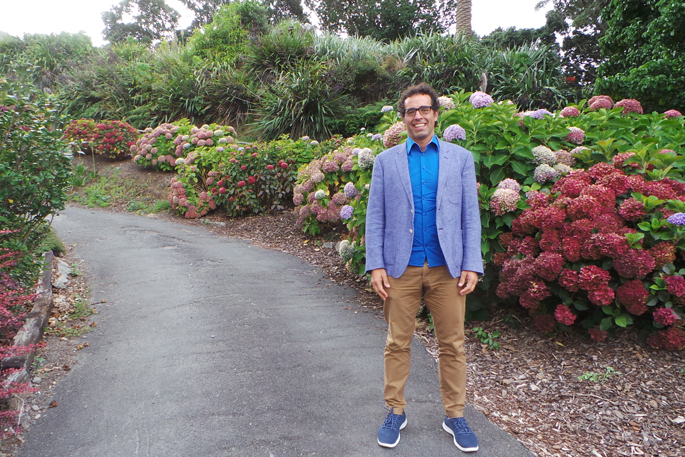 Geoff says his focus as party leader is to turn TOP into a movement, rather than having an authoritive or hierarchical approach, however he is maintaining Gareth Morgan’s ideas of challenging the status quo.

“The ideas are the same, we are tweaking things, but the basic platform of real change people are seeing where we are coming from in terms of if you want big change, you have to think carefully.

“You have to have well thought out plans in place and we have all that stuff, the trouble is we tried to dump it all at once on people 10 months before the election and it was too much to take in, so it’s all about messaging.”

With the 2020 election approaching, Geoff says TOP need to go in prepared and starting next year, between 2.5% in the polls at least to have a viable run.

“We were trying to sprint from a standing start in 2017, which was tough.”

In terms of policy, Geoff says tax, the environment and the economy of tomorrow are the party’s main priorities.

“What we have seen in recent years which is an economy that is based on putting more cows on the land, having more tourists come through and population growth, that has grown New Zealand’s economy, but it hasn’t made people better off.

“That’s what the focus has to be, is making people better off, rather than growing our GDP.

“We need to work smarter. New Zealand in the last two decades has not worked smarter, we’ve just been stuffing up our environment at the same time and clogging up our roads.”

In order to be eligible to contest in the next election, TOP have to raise enough money which Geoff says is a big challenge, particularly without having Gareth involved.

“Our members have been very generous thus far and have stumped up the cash as we are entirely a member funded party.

“We’re confident that once we can show we are sustainable and members can keep us running day to day and we start to register in the polls, then we will be able to attract funding.

“It’s all about momentum.

Looking forward, Geoff says if TOP was to win a seat in the 2020 election, he can see the party aligning with either National or Labour.

“National for example are talking a lot about environmental ideas, and of course we would be pushing them hard on that stuff, but that is an area we could work together on, and on the economics side we are very much aligned. We are all about a prosperous society, but we can do that in a way that doesn’t harm the environment.

“On the Labour side, our focus with them would be on kids. That is one area we need to give everyone the opportunity to thrive which is all about early childhood and education. So I think there is big opportunities to work with both parties.”