Social media down for users 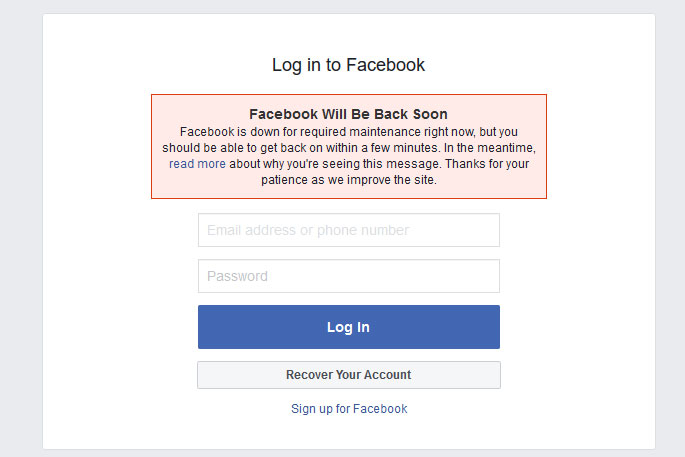 "Facebook is down for required maintenance right now, but you should be able to get back on within a few hours."

We’re aware that some people are currently having trouble accessing the Facebook family of apps. We’re working to resolve the issue as soon as possible.

As of December 31, Facebook has more than 2.32 billion monthly active users.