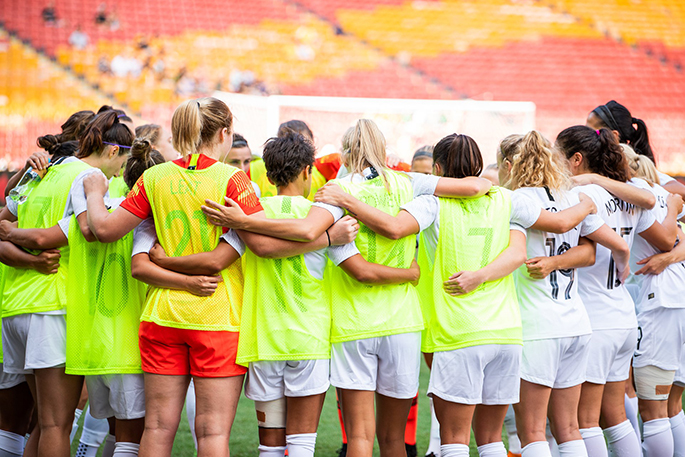 The Football Ferns will play World No 29 Wales (Photo: Supplied)

The Football Ferns will play World No 29 Wales in their final build-up game for the FIFA Women’s World Cup in France.

The Tom Sermanni coached team, who last week competed in the Cup of Nations in Australia, managing a win over Argentina in Brisbane, will take on Wales at the Cardiff International Sports Stadium with kick-off at 7pm.

The fixture comes only three days after the OFC Women’s Nations Cup champions will play World No 4 England in Brighton and seven days before their start to their World Cup where they will face the Netherlands in Le Havre, France.

Sermanni said Wales, who are not competing at the FIFA Women’s World Cup, will be a great fixture to complete their preparation.

“Wales are a proud footballing nation,” he said. “We know that we will go there to Cardiff and have a really tough test. They have not qualified for the World Cup so I am sure they will be looking to prove a point and put in a really strong performance against us.

“Again I have to thank our team at New Zealand Football for the superb work they are doing behind the scenes to confirm this fixture. We have two clear goals at this World Cup; the first is to win a game, and the second is to progress from our group. The fixtures we have confirmed in the build up to the World Cup give us the best opportunity to achieve that.”

New Zealand and Wales have met only once in an A international in 2011 at the Match-World Cup in Saviese, Switzerland. The Ferns won 2-0 with Anna Green and Amber Hearn the goal scorers on that occasion.

The Football Ferns next internationals will be against Norway in Spain in April. The squad for this tour will be named next week.