Dynamic Canadian re-signs with the Chiefs 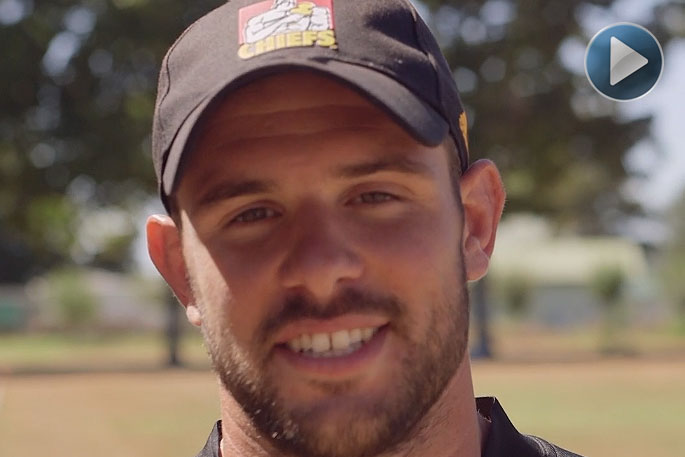 Dynamic Canadian forward Tyler Ardron has announced he will be extending his contract through to 2021 with the Gallagher Chiefs.

The versatile forward has been a consistent performer for the Gallagher Chiefs since his debut against the Blues in 2018.

The 27-year-old has now notched up 12 caps for the Gallagher Chiefs, 15 provincial appearances for the Bay of Plenty Steamers and a total of 31 international test caps for Canada.

“Tyler is an outstanding team player. On and off the field his work ethic and enthusiasm to learn and develop as a player is praised by the team.

“He is an exceptionally dynamic loose forward and hardworking lock, who is always leading by example and a key contributor to the team. We are grateful to have him extend his contract with the club.”

At 1.96m and 114kg the skillful and adaptable number 8, blindside flanker and lock is grateful and proud to be continuing with the Gallagher Chiefs.

“It’s great to be out there fighting each week with some of my best friends and brothers alongside of me. I love it here and am grateful for the opportunity to continue playing rugby in the best club competition in the world.”

A big year is ahead for Ardron as the Canadian prepares for the 2019 Rugby World Cup in Japan.

Ardron debuted for Canada in 2012. A natural leader, Ardron captained Canada in the 2015 Rugby World Cup.

Prior to the Gallagher Chiefs Ardron played for Welsh Pro 12 club Ospreys and notched up 64 appearances for the side.