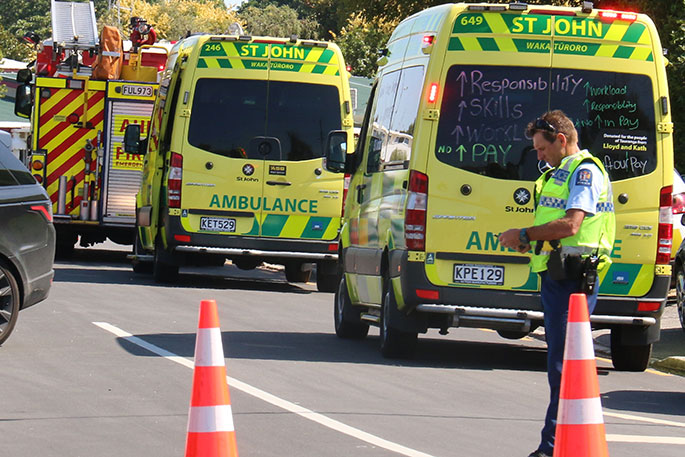 A road is currently blocked following a two-car crash in Greerton.

Emergency services were called to the scene on Lumsden Street at 2.55pm.

A photographer at the scene says there are several police officers in the area.

"The school area has been cleared and children are going the opposite way." 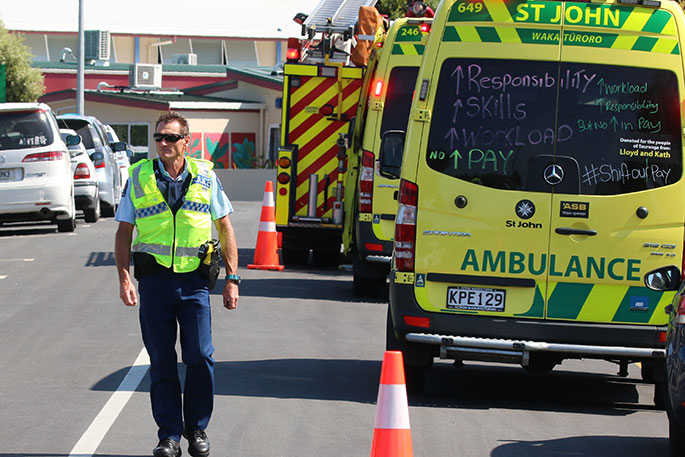