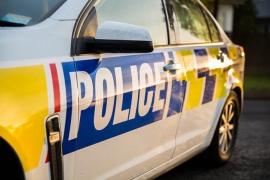 Hamilton Police are urging people to come forward in regard to an assault on Saturday night.

Police are appealing for people to come forward following a serious assault in Hamilton.

Constable Ben Wise, Hamilton CIB is seeking assistance from members of the public who may have witnessed an assault following a party on the evening of Saturday, 2 March.

“At about 11pm Police were called to an address on State Highway 3, just south of Hamilton, for a large party with around 300 people in attendance.

“The party was shut down by Police and as people were leaving the area, a 17-year-old male was assaulted by at least two other males on the road outside the address.

“During this assault the victim was knocked unconscious and received serious injuries.”

Alternatively, anonymous information can be provided to Crimestoppers on 0800 555 111.