KiwiCamp location to go out for consultation 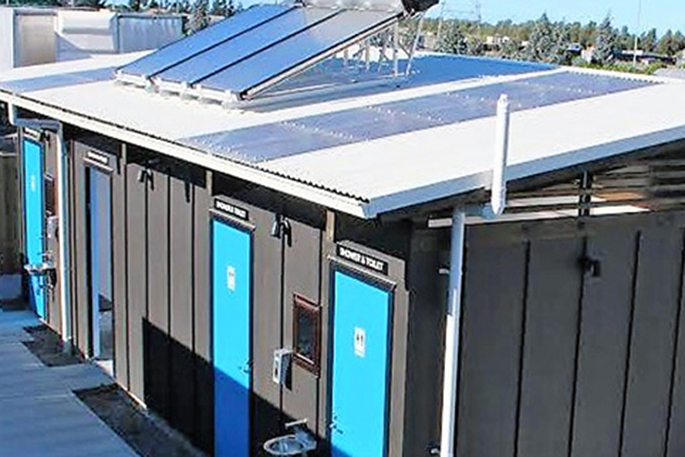 The KiwiCamp facility is to go out for consultation.

Western Bay of Plenty District Council has put the new KiwiCamp facility at Waihi Beach on hold until next summer.

Discussion on possible location options in Waihi Beach will be part of a future community engagement process later this year.

The KiwiCamp facility was to have been located at the Waihi Beach Community Centre for this summer’s peak season. It was one of four initiatives designed to reduce freedom camping complaints and to encourage responsible, enjoyable travelling for campers, both domestic and international.

“Initial reports are positive. There appears to have been a reduction in the number of complaints and with the increase in monitoring we’ve been able to respond to complaints more quickly, particularly after hours.”

“KiwiCamp uses a ‘pay as you go’ funding model, which sees freedom campers pay for the service rather than ratepayers. Our intention was to provide a space and services for responsible campers, in an effort to reduce some of the issues that can occur when people camp irresponsibly,” says Garry.

About 60 people attended a Waihi Beach ratepayers’ meeting in Waihi Beach last week to voice their opposition to the planned community centre site. Some suggested a more appropriate location for KiwiCamp could be the large carpark on Seaforth Road towards Bowentown.

“Council will put the facility in storage while we consult and decide where in Waihi Beach it will go next summer.”

Funding of the initiatives came from a Central Government pilot project to improve facilities and provide monitoring for the increasing number of freedom campers throughout New Zealand.

Council’s decision to defer installation has been made with the support of Central Government. There are 47 freedom camping sites across the district governed by council’s Freedom Camping Bylaw which requires all freedom camping to be in self-contained vehicles.