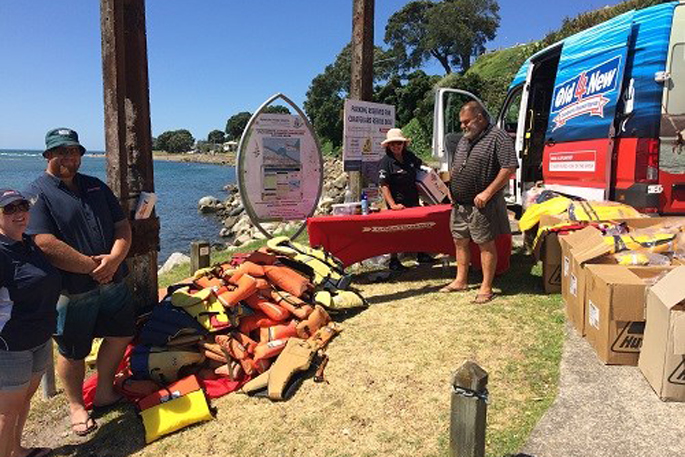 Thousands of people traded in their old lifejackets this summer. Images: Coastguard NZ.

Thousands of Kiwis around the country are sporting much safer lifejackets thanks to a Coastguard water safety campaign.

There were almost 500 more lifejackets traded in this summer compared to last year’s campaign.

The campaign van was on the road for nine weeks and stopped at 61 different locations around the country. Families brought their old lifejackets to the van and purchased new lifejackets at discounted prices.

As well as selling lifejackets, the Old4New crew distributed 1,603 safety items, such as crotch straps, which prevents a lifejacket from slipping up over your head when in water, and provided advice on best boating practice and safety tips.

Old4New spokesperson, Sue Tucker says the van has become a hub for people wanting to find out more about water safety.

“The van attracts a lot of attention and excitement, which is great to see,” she says.

“We feel people are starting to realise just how important wearing a lifejacket is. It greatly increased your chances of survival of you do end up in the water.”

Many of the lifejackets handed in were unusable and downright dangerous, and every year there is always one that should be in a museum. This year it was an oilskin lifejacket surrendered in Greymouth, which was approximately 75 years old and may have been used during World War 2. 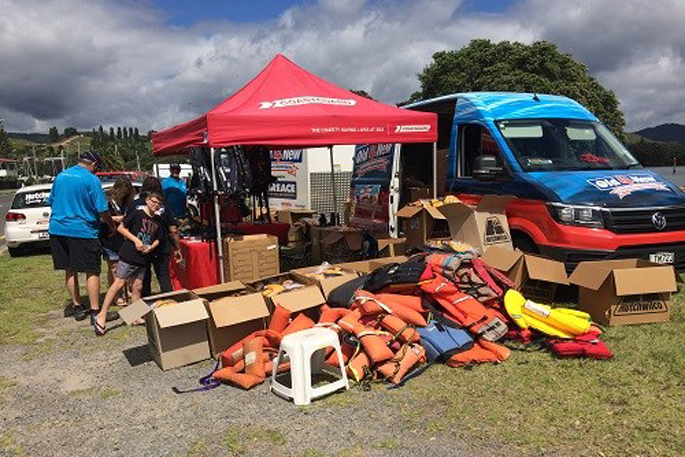 “It has been heartening to see the warm welcome the van receives in places and the increasing number of families stopping by to get new lifejackets fitted,” says Patrick.

“The van not only makes it easy for people to upgrade old lifejackets but to find out more about how to stay safe on the water.”

Patrick says the younger generation can influence behaviour change when it comes to lifejackets.

“Often you see all the young people on a boat wearing lifejackets but not the parents.

“But everyone on board needs to wear one and kids often pester older family members to put one on. A lifejacket never ruins a day on the water.”

People also learn about lifejacket use and care when they visit the van, says Patrick.

“Lifejackets that are over 10 years old should be replaced even if they look okay to the eye. Seawater, sun and general wear and tear impact how effective they are and many old lifejackets won’t even float, which is a serious concern in an emergency,” he says.

Since the campaign started five years ago, over 10,000 old lifejackets have been traded in and taken out of circulation.

“This means thousands of Kiwis are now safer out on the water. We are incredibly proud of the difference this campaign is making in our communities,” says Patrick.