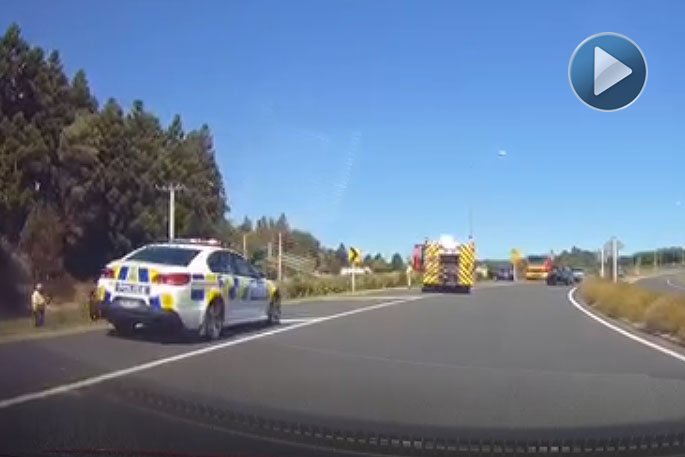 A screenshot of the video supplied to SunLive this afternoon.

UPDATED 4PM: Emergency services have responded to a crash between two cars on SH2 on the Tauranga Eastern Link.

Police and firefighters were called to scene at around 2.25pm.

A police spokesperson says there are no reports of blockages.

"It is unknown if there are any injuries at this stage."

Police are investigating a crash on State Highway 2, near the Tauranga Eastern Link.

A video sent into SunLive shows police at the scene of the crash near the Whakatane off-ramp on the eastern-side of the TEL.

The witness who supplied the video says they saw an ambulance on the expressway, heading from Tauranga.

The road is not blocked by the crash.