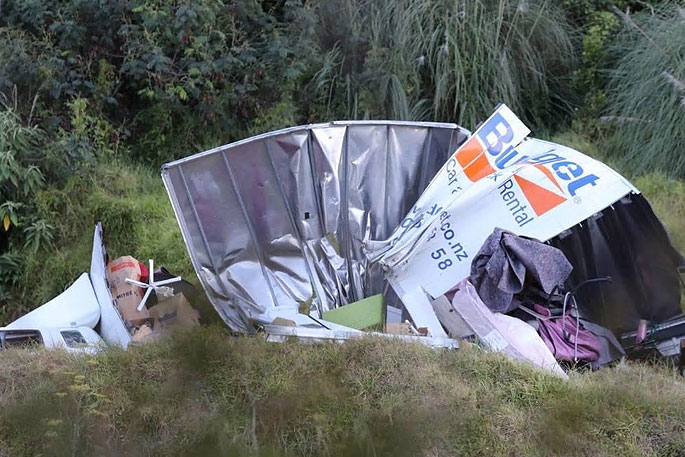 Three people were killed in a crash involving trucks in the Bay of Plenty near Matata. Photo: STUFF

Police are in the process of notifying the families of the three people killed in a four truck crash in the Bay of Plenty.

Bay of Plenty road policing manager Inspector Brent Crowe says once this is complete, “the names of the deceased will be released”.

Emergency services were notified of the crash on State Highway 2, west of Matata, around 1.50pm.

Brent says the crash involved four trucks, three of which were engaged in road maintenance at the time, with the fourth truck travelling east towards Matata.

“The three deceased were road workers and police extend their condolences to family and friends of deceased at this time.

“A number of investigations are now underway including one by the Police Serious Crash Unit to determine the cause of the crash.”

Any drivers who used this stretch of SH2 between 1.30pm and 1.50pm yesterday are encouraged to make contact with the Whakatane Police on (07) 308 5255 as soon as possible.