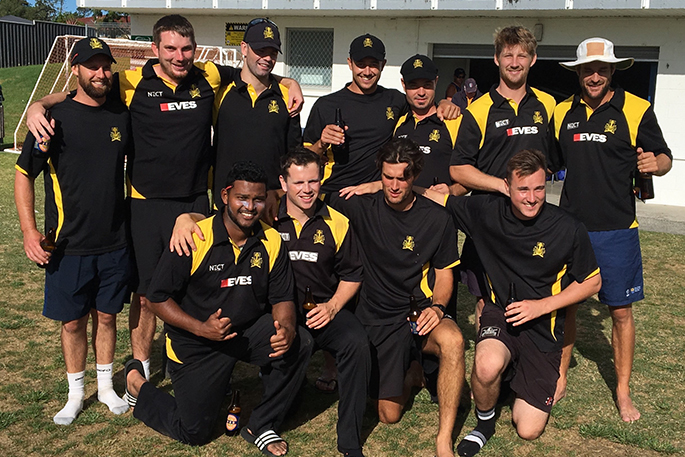 The Greerton Premier side celebrates their win over Kamo Premier at Pemberton Park.

Greerton Cricket Club have come out on top after beating Northland based team Kamo Premier in the Northern Districts club championship final on Sunday.

With rain clouds in sight, Kamo won the toss and decided to field.

Despite losing a wicket after 15 runs, Greerton batsmen Tom Renouf and Nick Hendrie partnered to make 121 runs before losing a second wicket.

Greerton made a total of 198, with Tom top scoring with 61 off 113 balls. DJ Armitt was the best of the Kamo bowlers, taking three wickets.

After a change of innings Kamo batsmen looked stable until two wickets fell, and the Greerton bowlers proved too strong, with Josh Bates taking three wickets for 17 runs.

Winning the Northern Districts final has secured Greerton’s spot in the national club championships at Cornwall Park in Auckland on the 2-7 April.