Tauranga’s rates going up by 4.1 per cent 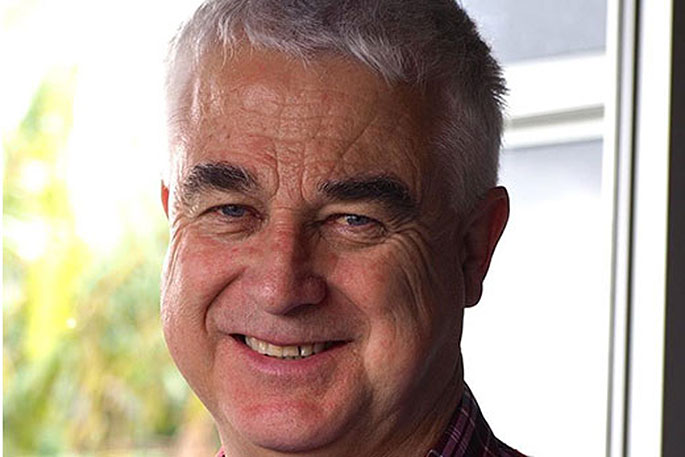 Tauranga’s rates for this year will be going up by 4.1 per cent.

That’s higher than the 3.7 per cent figure presented to the Tauranga City Council in December.

It comprises of 3.9 per cent rates and 0.2 per cent for kerbside collection.

Mayor Greg Brownless says part of the increase is the inflation component.

The Council, considering the draft annual plan has been presented with an updated inflation forecast that means that rates will be slightly higher than the 3.7 per cent figure presented to Council at a previous update on December 19.

Greg says people would like to know how much more in rates in total they will be paying “and yes it is 4.1 per cent”.

“The reason they separate rates and kerbside collection cost is because a lot of people insist that glass should be picked up by the Council and the contractors stopped doing it.

“Equally there are people who say no they shouldn’t.”

The Council says most aspects of the draft Annual Plan follow the 2018-28 Long Term Plan and they have already been through a formal consultation process.
But the latest revisions to Council’s capital programme show that financials will be under significant pressure in later years.

The Council says they will be seeking community feedback in March and April on key issues following adoption of the draft Annual Plan and consultation document.

Greg says there are a lot of projects in the go at the moment.

“The two big ones are the southern pipeline and the Waiari water supply project,” says Greg.

“That adds up hundreds of millions of dollars.

“It’s not cheap and we also find now days that getting people to do that work is difficult, that means prices go up.”

Who are the council trying to fool we all know that we have been burdened by ill conceived projects E.G.Greerton road debarckle,Phoenix Park,Gatepa Bowling Club,Downtown revamp,All the demolitions they have been engaged in, all these fails didn’t come cheap and now our rates go up because of these foul ups ,and what hurts the most is that they( Councillors) think they have done a good job. Roll on the12th of October.

The Mayor and many Councillors will not be smiling after the next elections, after some of the hideous decisions they have made after the last couple of years.

With a cheesy grin the mayor announces $4.1% increase would not be surprised by the time of final figure it will go up again. Why is it they insist in putting 2% plus inflation and also increase glass collection. I didn,t ask for that glass collection and no doubt when they finally get round to it we will be charged an arm and a leg for a new rubbish collection. I can,t wait until Oct election time this lot need clearing out.

Up more than INFLATION ????

Guess what, its to cover the infrastructure that all the new folk shifting to Tauranga need as they overload what we already have, and yet our COUNCIL want us current residents to pay for it. WRONG !! that cost should be covered by fees charged to the developers, you know the ones making a profit. Plus higher rates on the new properties. All current residents get from this growth is more traffic , less parking available, especially in the down town area. Oh, so we don’t go down town any more, I wonder why there are so many empty shops ??

Can now only hope that my pension (only source of income) will go up by the same amount. In a city full of pensioners it is hard to understand how our elected councillors can make such a large increase knowing full well that our income is limited. Clearly they are out of touch with reality.

Here's an idea or two Greg

Instead of paying consultants, designers and contractors ridiculously inflated prices because they are busy right now and saw you coming with your smile and bulging wallet, why not knock the stupid pet projects and constant tampering on the head altogether to save us a few dozen million? Then delay projects that do need doing at some point but are not really that urgent, until the economy is off the boil and all these greedy people are desperate for work? I have a feeling it won’t cost as much and you could save us a few dozen more million. It look like you keep expecting everybody to pull it out of their backside so you can keep giving it to your mates. You should wipe that smile off your face because you are a disgrace.

He mentions the major infrastructure projects to sweeten the pill. Makes no mention of the millions wasted on pet projects and sheer needless expenditure. The inflation component would be the consultants and contractors that saw this lot coming with their barrow full of our money. Pure bull.

I am flabbergasted that that the contract for a water supply has only just been let.This council must have known years ago that further water was needed for a growing city,this just goes to show what an enept bunch of councillors we have trying to run Tauranga and the Mount.Roll on October for a change can’t come quick enough.

Sheer INCOMPETENCE! Those of us who live in the real world, with no wage/salary increases are expected to pay for the shambolic chaos that masquerade as "council". Disgrace.

Where do these incompetent idiots get off? I give them money to waste, Bella Vista, Phoenix Carpark, Greerton roading, gee thanks. Get out and close the door after you.