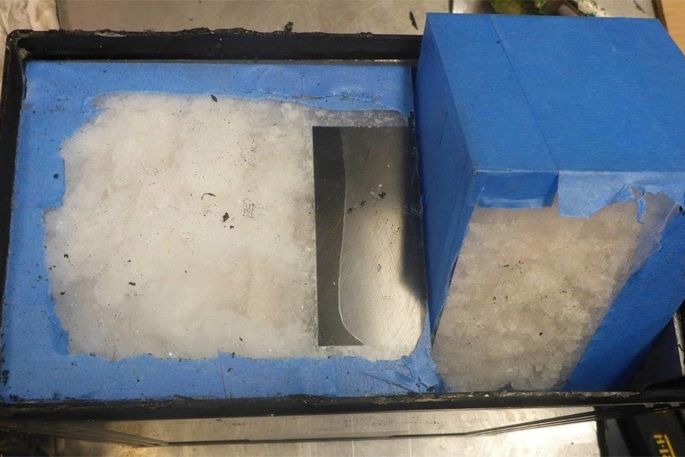 Customs officers in Auckland have seized 110 kilograms of methamphetamine with a street value of $55 million, along with two handguns, and arrested two men.

The huge bust was one of the largest-ever made by Customs, who estimate the drugs would have caused $136.3 million of "social harm" to New Zealand.

With police, Customs carried out further investigations and search warrants at residential addresses in south and West Auckland over the weekend.

These searches resulted in the two men's arrest.

They are facing charges of importation and possession of a class A controlled drug.

Customs investigations manager Bruce Berry says the operation was the direct result of some very good intelligence and inspections work by staff.

"The presence of loaded firearms concealed with the drugs is a very real concern and shows the lengths organised crime groups are prepared to go to. It also represents a changing risk profile to both our officers and the community at large," says Bruce.

"Customs is committed to targeting and stopping smuggling attempts like this one, and the criminal syndicates responsible for trying to bring illicit drugs into our country with no concern for the devastating harm it causes."

Detective Inspector Paul Newman from the National Organised Crime Group says the arrests were an "excellent" example of police and Customs working together to prevent the harm caused by drugs.

"These illegal drugs are destructive and have no place in our communities. We know they cause negative health implications, and financial and social harm to users and their families.

"We are focused on and dedicated to disrupting the production, smuggling and distribution of methamphetamine, and we think this is a great result," Detective Inspector Newman says.

Bring back the death penalty.

Only way to send the right sort of message to the rest of the scum who choose to make money on the back of destroying our young people. [ Please publish this ]