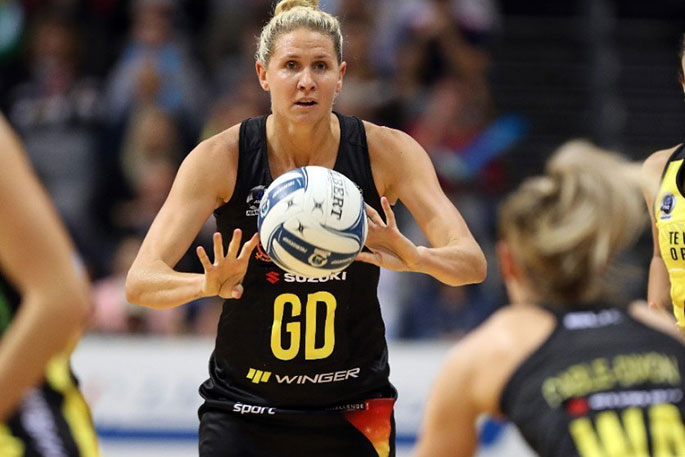 Shooting accuracy helped pushed the Tactix to a closely-contested 48-42 win over the Magic in the second of the Super Sunday matches in Hamilton.

Missing just one shot apiece, Ellie Bird with 40 from 41 and Kate Beveridge with eight from nine, ensured the Tactix got the points in a dour struggle which could have gone either way, the widest margin being just four goals throughout the match.

Well in the contest, the Magic were eventually left empty-handed after being denied a bonus point after failing to finish within five goals.

The Tactix suffered an early setback when accomplished wing attack Erikana Pedersen was assisted from the court with a knee injury.

That meant a reshuffle to the southerner’s attack line with import shooter Beveridge coming off the bench to goal attack and Brooke Leaver shifting across to wing attack.

In their first game of the season and with new line-ups, it was a slow start from both teams, the respective defensive ends having their moments as their attack ends took time to find their feet.

Magic welcomed back in their in-circle defensive pairing of Kelly Jury and Casey Kopua after both suffered injury setbacks last year and in tandem with Samantha Sinclair formed a secure back three.

It was a similar scenario at the other end of the court with Tactix defenders Kate Lloyd, Jane Watson and Charlotte Elley proving effective in limiting the Magic’s shooting options. As a result, the first quarter ended in a stalemate with the teams locked at 10-apiece.

The Tactix were full of energy on the resumption, scoring the first three goals before the Magic got themselves back on to level terms.

Both teams showed more enterprise on attack with Ariana Cable-Dixon showing her expertise with some deft feeding to shooters Monica Falkner and new signing Abigail Latu-Meafou.

For the Tactix, the league’s equal tallest player, Bird was a shining line under the hoop, the 1.96m shooter a towering presence with her perfect record of 21 from 21 during the first half.

In a goal-for-goal tussle, there was once again, nothing to separate the teams when they headed into the main break all level at 24-all.

Sinclair made the move to centre for the second half with Lisa Mather coming off the bench to wing defence for the Magic while the Tactix remained unchanged as the match continued in a similar vein.

Getting their noses in front on several occasions, the Tactix threatened to make their move but time and again, they were reeled in by the Magic.

Beveridge chimed in with some pressure shots for the visitors as both teams struggled for consistent runs of play.

However, it was the Tactix who gained the slimmest of advantages when holding a narrow 36-35 lead going into the last break.

Both teams showed their desperation in an equally-tight run home, the defensive efforts of Watson and Lloyd, who secured seven intercepts between them during the match as well as a number of deflections, along with the reliability of Bird and Beveridge, helped the Tactix get over the line.