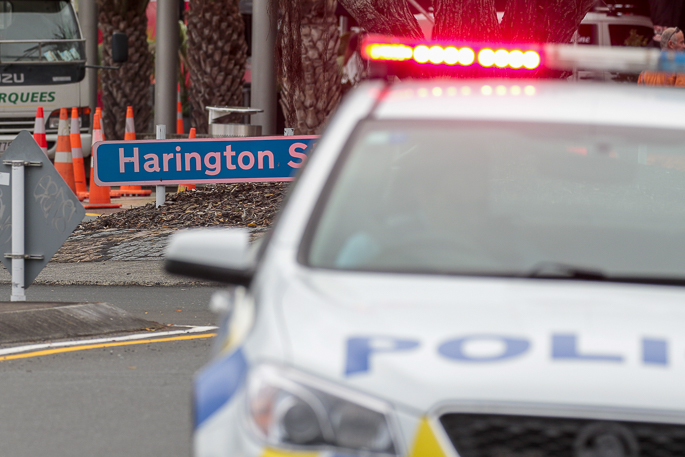 Police were called to the crash around 8.30am. Photos: Bruce Barnard.

UPDATED 9.08AM: A car and cyclist have collided in Tauranga CBD this morning.

The crash happened at the intersection of Harington Street and The Strand around 8.30am.

A witness at the scene says the car and cyclist were travelling in the same direction, until the cyclist turned around, colliding with the car.

“The driver was clearly distressed and upset.

“Police are at the scene assessing the accident.” 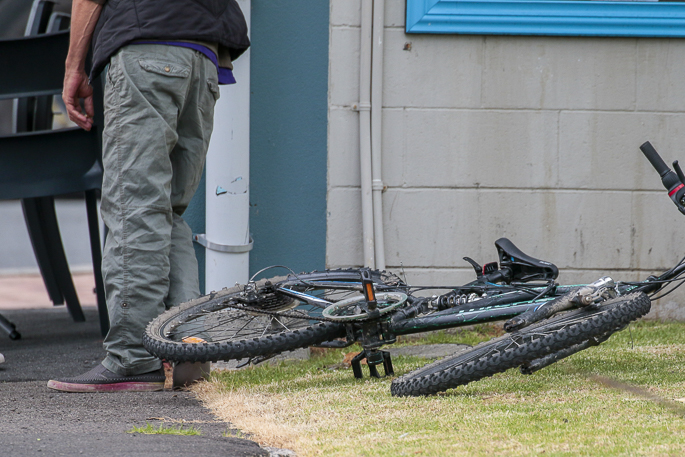 Reports are coming in of a crash involving a cyclist and car in Tauranga CBD this morning.

A caller to the 0800 SUNLIVE news hotline says a cyclist has been hit by a car at the intersection of Harington Street and The Strand.

"Emergency services have been called to the scene."