The big weather picture for Monday and Tuesday 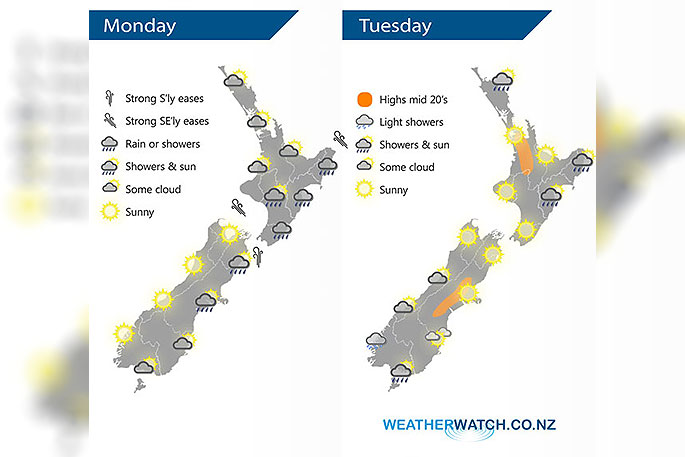 It's a cooler start in Tauranga today as a south to southeasterly airflow eases over the North Island during the day.

WeatherWatch.co.nz says an anticyclone covers most of New Zealand on Tuesday.

"Any morning showers clear for the west of the North Island today then mostly sunny, a showery day in the east with southerly winds.

"Mostly sunny for the West Coast of the South Island and Nelson, morning cloud about the far south breaks away to a mostly sunny day. Morning showers clear Canterbury then some sun increases."

Mostly sunny for a fair majority of the North Island on Tuesday, showers about Hawke's Bay clear in the morning, clearing Gisborne in the afternoon.

"A shower or two may pester eastern Northland at times. The South Island is mostly sunny in the east and north, some cloud in the west with light showers for Fiordland.