Sounds of Blackpool returning to Baycourt 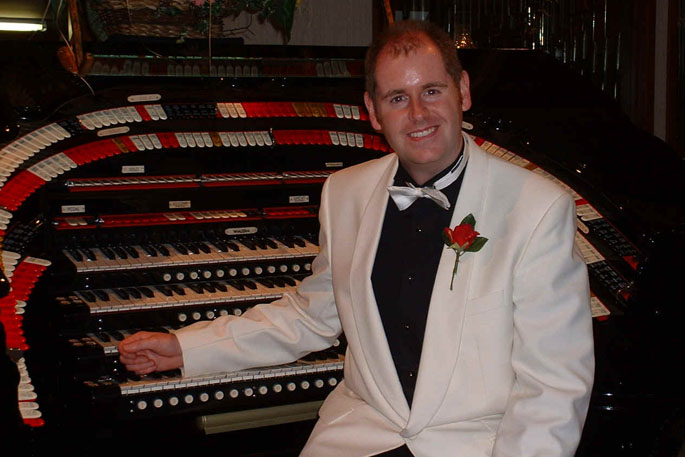 Chris Powell will perform at Baycourt in March. Image Supplied.

One of UK’s most celebrated and acclaimed theatre organists Chris Powell is bringing the unique sounds of English seaside town Blackpool to Baycourt Community and Arts Centre.

Baycourt Presents and the Tauranga Theatre Organ Society are thrilled to present an afternoon of amazing music at Blackpool in the Bay starring Chris Powell at Baycourt Addison Theatre on Sunday March 10.

Performing on Baycourt’s mighty Wurlitzer theatre organ, Chris will deliver a programme full of hits by artists like James Last, Glenn Miller, Reginald Dixon and more, all presented in the ‘Blackpool-style’.

“The ‘Blackpool-style’ is music that’s full of energy and dance tempos – it’s lively, bouncy and bustling, and performed in such an energetic way that is so much fun to watch,” says Baycourt manager James Wilson.

“If you’ve never been to a Baycourt Wurlitzer concert before, come along to Blackpool in the Bay, it will be an afternoon of amazing music performed by a highly entertaining performer at the top of his game.”

The UK-based organist will be no stranger to Tauranga audiences, having performed his hugely popular Blackpool in the Bay themed concert at Baycourt back in 2014 and 2016.

Long-time followers of Baycourt will also recognise Chris as the community and arts centre’s first – and only – resident theatre organist, a position he held form 1996-97.

Chris says he was looking forward to returning to Baycourt for Blackpool in the Bay in March.

“Sit back and enjoy two hours of music for all tastes, with favourites from the world of brass and big bands and more, and of course the famous ‘Reginald Dixon’ style ‘water falling’ on the keyboards while crossing my feet on the pedals.”

Tickets range from $15 to $25 and are available from the Baycourt Box Office, online via the Ticketek website, www.ticketek.co.nz or by calling 0800 TICKETEK.