Water Polo in the harbour in Tauranga 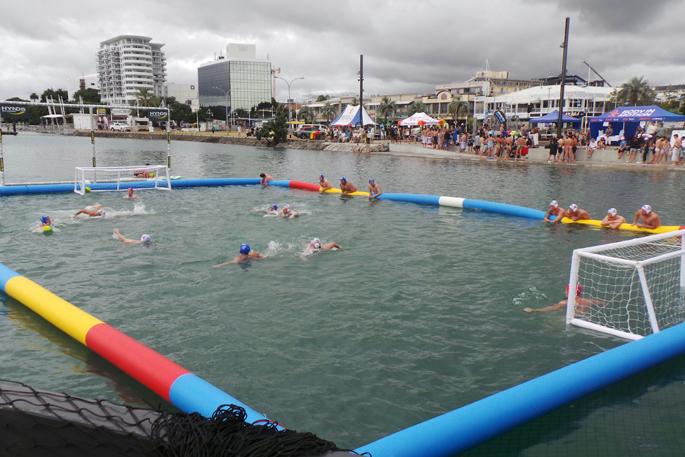 Water Polo tournament being played in the harbour on the waterfront in Tauranga. Organiser Danny Kayes

A large crowd has turned up at the waterfront in downtown Tauranga to watch the inaugural water polo tournament being held in the harbour off the Strand.

Organiser Danny Kayes, from Tauranga Water Polo Club is pleased at the turnout.

He was worried the weather that was forecast for the weekend would deter people from coming down to watch.

“It’s been a great turnout so far and I’m hoping more and more people will get down here,” says Danny

“We’ve got teams from all over New Zealand.”

“We’ve got some old experienced polo players here as well and that was the whole idea behind it.

“We wanted past and present players at the tournament, people who haven’t played in a while to be able to come back and take part in a semi- formal concept of the game. 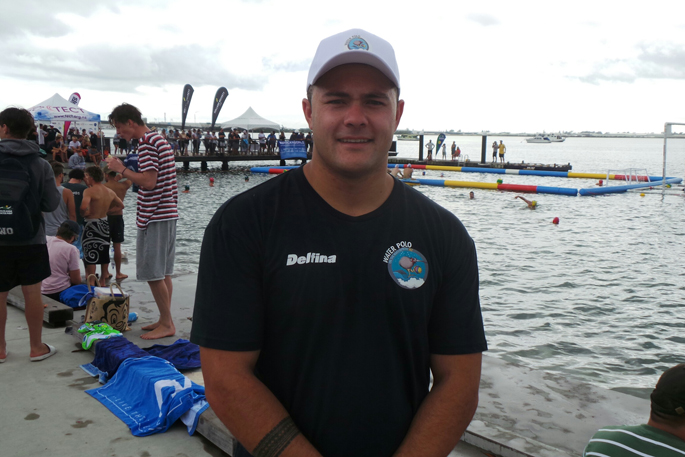 It’s a two day event that started at 8am today and will continue until 7pm.

“It will be a very long day,” says Danny.

“The whole idea behind it was that we wanted as many people to come down and watch and by creating a bigger window for people to come, creates a bit of flexibility around it.

Tomorrow will be the finals playoffs starting at 9am.

Danny says they are hoping to hold this tournament every year.

“This years is a trial, next year we definitely want to run a women’s tournament.

“ Whether that a mixed or women’s we are not too sure, but we can only grow from here and we ‘re hoping that get some people back on board next year to help run the event.

“This is a great location.

“The Tauranga City Council has helped us, we are using their tidal steps and their whole area here.”

“If you are coming down there's also food stalls here.” 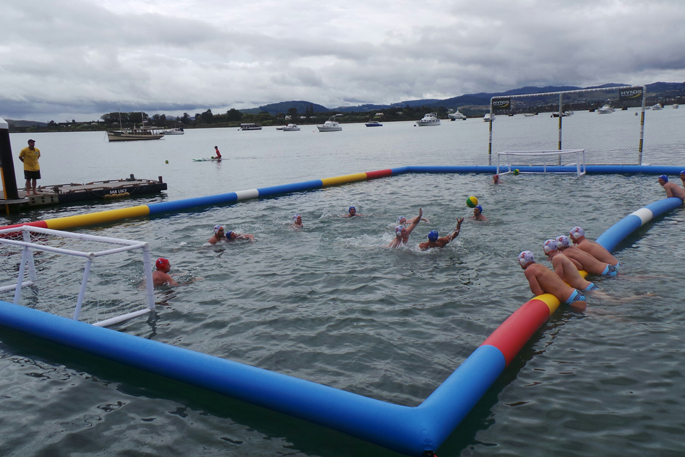