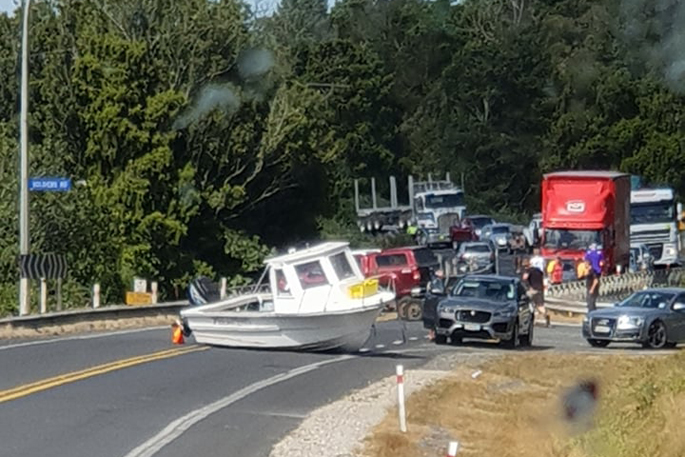 Emergency services were called to the scene near Soldiers Road at around 3.45pm.

A police spokesperson says the boat came off a trailer being towed by a ute.

"Police are in attendance.

"The road is currently blocked."

Reports are coming in of traffic delays on State Highway 29 this afternoon.

A SunLive reader has messaged us to say traffic is at astandstill near Ngamuwahine.

"My son called me to say he was stuck in traffic."

A caller to the 0800 SUNLIVE news hotlline says a boat has come off a trailer and is blocking one lane.