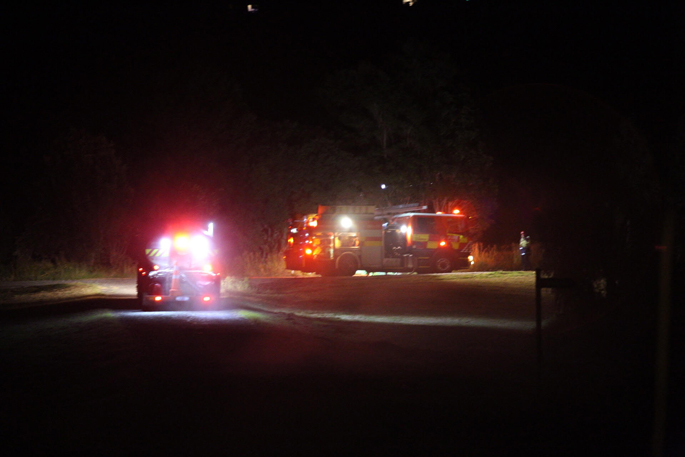 The Fire Service has confirmed it was children playing with fire works that started a fire in Gate Pa overnight.

Police says it had reports that adults were around as well but the Fire Service could not confirm that.

“We had two fire crew and a water tanker at the scene.

“It’s unbelievable with all the media coverage on fire restrictions in place that something like this happens.

“People have to be vigilant and very careful in these extreme conditions we are experiencing at the moment.”

Children with fireworks are suspected of starting a scrub fire in Gate Pa overnight.

The blaze in Humber Crescent was reported just after 9pm and was under control by around 10pm.
A resident claims youngsters with fireworks started the fire, officials are investigating.

A bystander at the scene told SunLive he’d seen children lighting fireworks, then the scrub fire broke out. The witness says he stopped them early and prevented more fireworks being lit.

Police and several fire trucks, including a tanker, attended the scene.
The fire was at the end of the street in a public reserve.