Car flips onto its roof in Te Puke 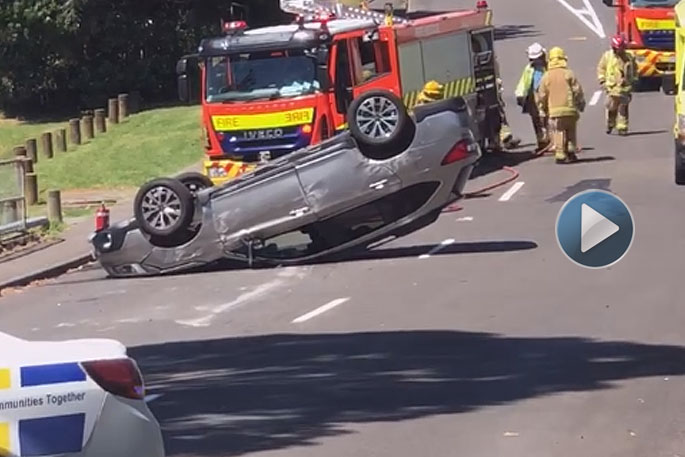 Police are at the scene of a crash in Te Puke. Supplied video.

A car rolled on its roof in Te Puke this afternoon.

Emergency services were called to the scene of the crash on Raymond Ave at 2.35pm.

A caller to the 0800 SUNLIVE news hotline says a car is on its roof and is blocking the southbound lane of the road.

"The driver is out of the vehicle and police are at the scene."

A police spokesperson says one person has been moderately injured.

"The vehicle was blocking the road but it has now been cleared."