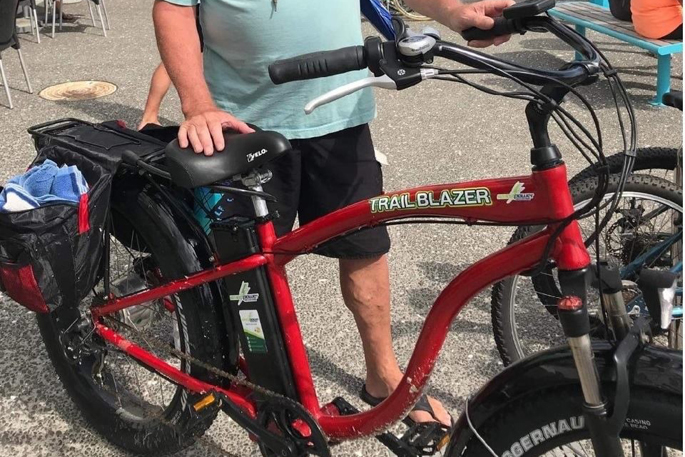 The fat tyre beach cruiser which has been stolen. Image: Doug Hannan.

Mount Maunganui resident Doug Hannan, is asking residents if anyone has seen his stolen bike.

Doug says his beloved fat tyre beach cruiser has been stolen from the underground garage in his apartment building.

The bike, which Doug only got just before Christmas was taken from the garage either yesterday afternoon/evening or this morning.

Doug says he isn’t sure when exactly it was stolen as he only realised this morning, but sightings claim that the bike was spotted outside the Mount Library yesterday evening.

“I am quite annoyed as I only learnt today that there’s no CCTV cameras. They are mounted but they are not operating, so that was a line of enquiry that was a dead end.

“The police have been notified. I am offering a $200 reward for the return of this bike in good condition.

“I am quite happy to pay the $200 reward if it’s found in good condition and returned to me.

“This is a very unique bike, one of a kind and should be easy to spot.”

Hope you get your bike back Doug. Dirty little grubs who just think they can take what they want. I find it amazing that your (probably) very pricey apartment building doesn’t even have working CCTV! I’d be kicking up a huge stink about this...makes you wonder what you pay body corp fees for.