Thursday’s a scorcher for some in New Zealand 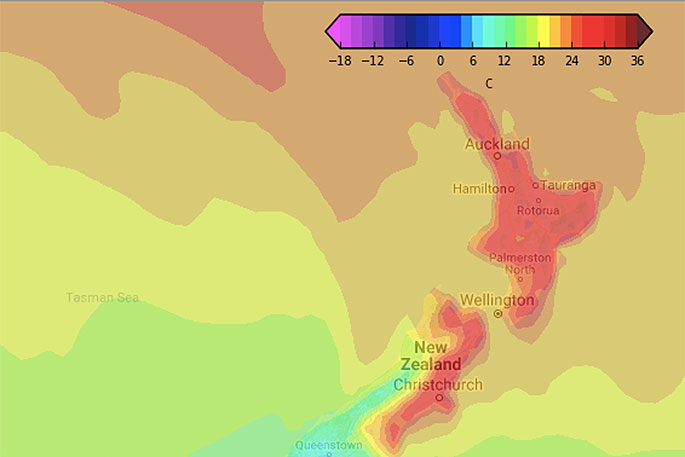 WeatherWatch.co.nz says there is a surge of hotter weather on Thursday ahead of a cooler change sweeping in later for some further south.

Daytime highs in some parts of the lower South Island will drop 8 to 12 degrees on Thursday from where you are today.

"Before that happens it will be very hot around the upper South Island and eastern North Island with highs up to 33 degrees inland and late 20s in coastal parts on Thursday afternoon.

"The southern cool change arrives in Canterbury by Friday and places like Christchurch may see a several to 10 degree drop in daytime highs from Thursday.

"The cooler change fades out around the lower North Island/Cook Strait area on Friday."

Most other places are warmer than average this week, says the weather organisation.