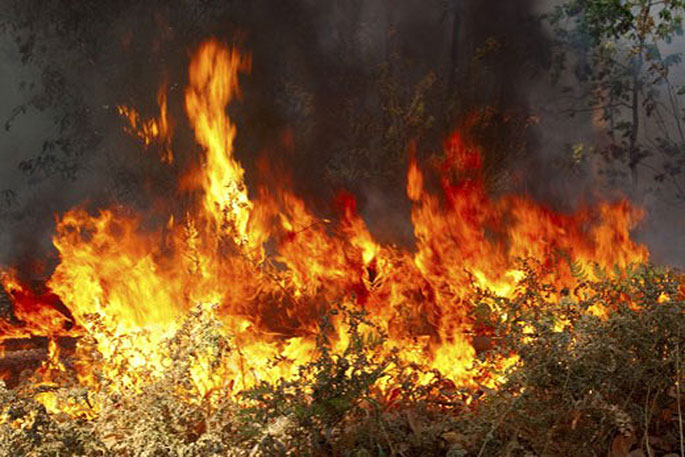 Fires are more likely to burn out of control due to the dry conditions in the region.

The Western Bay of Plenty District is one of five districts now in a prohibited fire season.

The other areas affected include: Rotorua District, Whakatane District, Opotiki District and the Taupo District.

Fire and Emergency New Zealand will exercise fire permitting and enforcement powers in relation to the prohibited fire season declared.

According to the Fire and Emergency New Zealand website, because it is hot and dry, fires are more likely to burn out of control and result in damage to vegetation or property, or loss of life.

“Lighting a fire would be extremely risky so there is a ban on lighting any fires in open air,” says a statement on the website.

“During prohibited fire seasons, Fire and Emergency will only grant permits that are necessary to prevent, reduce or overcome any hazard to life or because of any other serious emergency.

“Permits many also be granted if the weather or other conditions temporarily reduce the fire risk, making it safe it light a fire.

“You also need to comply with city/district and regional council burning restrictions, including requirements relating to smoke nuisance and controls under the Resource Management Act.

“It is an offence to knowingly or recklessly light, or allow another person to light a fire in open air without a fire permit, or not in accordance with the conditions of a fire permit, during a prohibited fire season.

“Some authorised fire types may be allowed in your area without a permit during a prohibited fire season. If you are unsure, the permit application process will identify if you need a permit.” 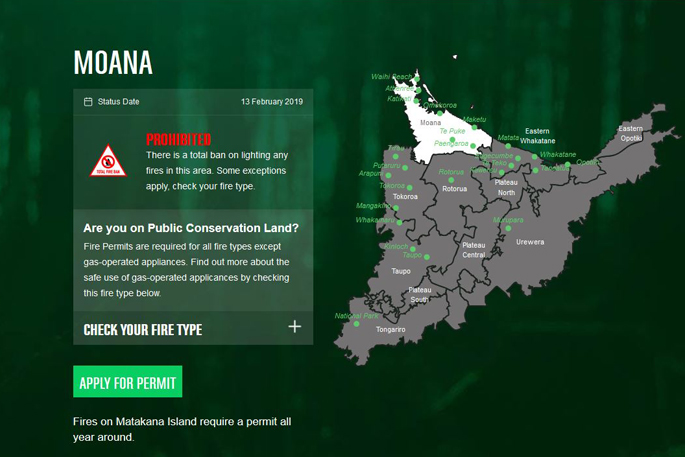 The Western Bay is now under a prohibited fire season until revoked or amended. Image: Fire and Emergency NZ’s website.

Bay of Plenty Regional Council prohibits the burning of the following materials:

Western Bay of Plenty District Council’s restrictions on burning are:

Smoke from fires in open air must not cause a nuisance for neighbouring properties. The Western Bay of Plenty District Council responds to complaints relating to smoke nuisance incidences, especially when the smoke is potentially impacting on people's health.

Under Western Bay of Plenty District Council public places bylaw, the only fire someone can have in the open air in a public place without council permission is a gas barbecue, etc.

Fires in parks and reserves​

Under the Western Bay of Plenty District Council parks and reserve bylaw the only fire someone can have in the open air in a park or reserve without council permission is a gas barbecue, etc.

For more information about the fire ban in the Western Bay, click here: