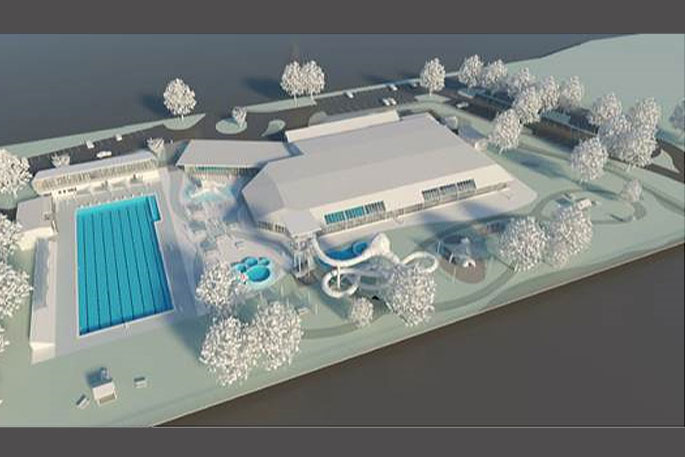 Not a new HQ for Thunderbirds … a model of the proposed Aquatic Centre. Supplied images.

The plans and related early concept design images, both of which are still in development, were presented to elected members at yesterday’s operations and monitoring committee hui by Rotorua Lakes Council staff and representatives from CLM, which has been managing the facility on behalf of the council for the past six months.

A sum of $7.5m was allocated in the RLC’s 2018-28 Long-term Plan for capital investment in the Aquatic Centre; planned work includes repairs, replacements, renovation and additional facilities.

CLM managing director John Latimer spoke about the potential to partner with Whitewater NZ, one of the world’s leading waterslide designers, for investment in waterslides and a new water play area at the Aquatic Centre.

He says while the centre was “very much a community facility and would remain so”, waterslides would be an additional visitor attraction for Rotorua.

Yesterday’s update covered activity in the past six months to which CLM and the council were committed as part of their Aquatic Centre management partnership. 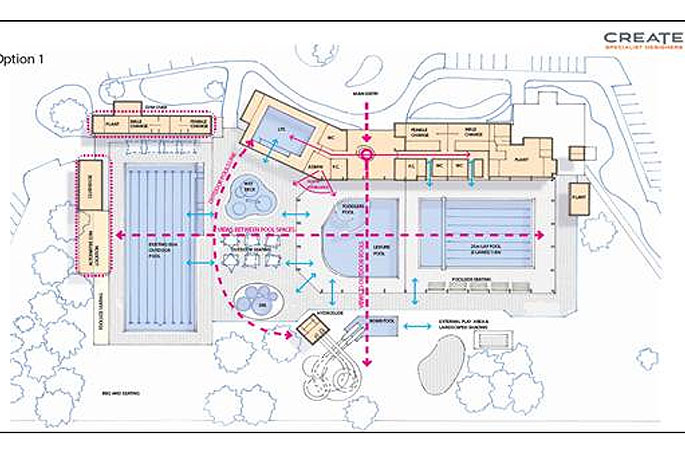 Attendance figures have exceeded targets, gym membership is full and staff are being provided with professional development opportunities, councillors were told.

The work and upgrades have been split into two priority lists; final costs will not be known until further design work and investigations such as geotechnical work have been completed.

“We are confident we can make a huge difference within the budget allocated [in the Long-term Plan] and Whitewater New Zealand’s potential investment increases the opportunities further,” the council’s operations group manager Henry Weston says.