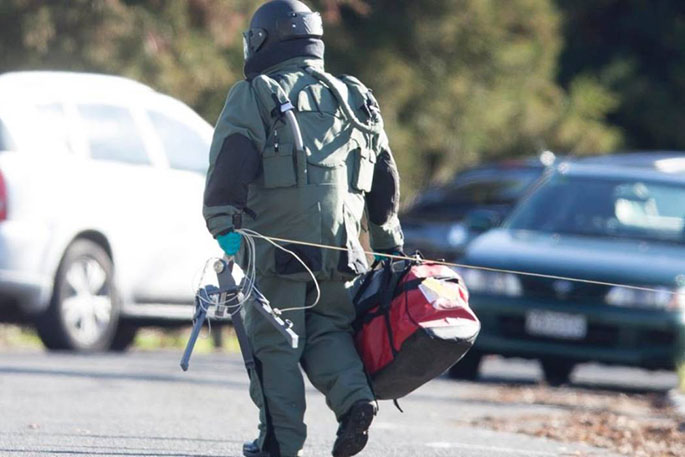 A member of the police bomb squad. Photo: CHRISTEL YARDLEY/STUFF

An object police believe to be a pipe bomb found at Waihi Beach has been secured by the bomb squad.

"The bomb squad have taken an item away, suspected to be a pipe bomb."

A beachgoer came across the pipe bomb on Thursday afternnon, on rocks at the northern end of Waihī Beach in Bay of Plenty and called police.

Police and local fire crews established a cordon and waited for the bomb squad to arrive from Auckland - 150km away.

"At 1.20pm a member of the public called police after locating what they believed to be a pipe bomb," says Will.

"An object has been taken away believed to have been a pipe bomb."