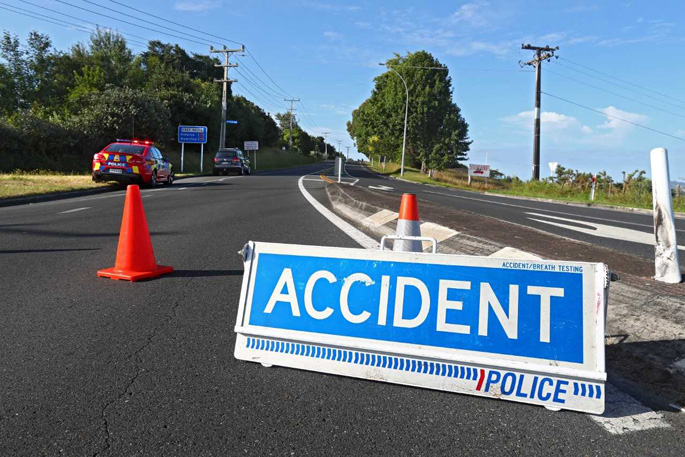 The corner of Moffat and Cambridge Road where traffic was being diverted as police investigating the crash scene. Photo: John Borren.

Police have released the name of the man who died in a motorcycle crash in Tauranga.

Jessy James Ford was killed in the crash at the intersection of Sycamore Rise and Cambridge Road at 4.31am on February 3.

He was a 21-year-old from Tauranga.

“Police extend their thoughts to his family and friends at this difficult time.”

The serious crash unit is continuing to investigate the cause of the crash.