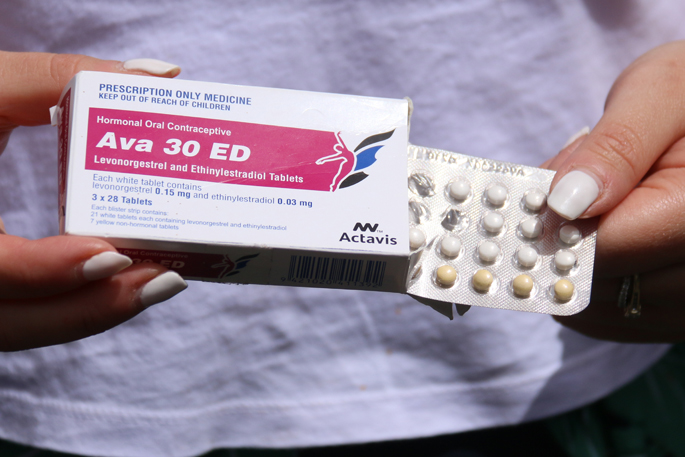 Many women may have been taking the contraceptive pill incorrectly for the past 60 years, new advice suggests.

Britain has recently changed its official guidelines around the pill to reduce the risks of unplanned pregnancies.

Usually within a four-week course, a woman on the contraceptive pill will take seven days of placebo pills allowing her to have a period or withdrawal bleed.

Monthly bleeding on the pill was not necessary and there was no evidence it had negative medical side effects, she says.

Family Planning has been aware of this advice for the past five years and have recommended women run their packets together ignoring prescription instructions, she says.

The seven-day break was initially introduced in the 1960s. It was thought if the pill followed a natural cycle, it was more likely the Catholic Church would approve of the artificial contraceptive.

The pill was never accepted by the Catholic Church, but the seven-day break remained in the contraceptive.

Obstetrician-gynaecologist Helen Paterson, who also lectures in women's health at Otago University, says she was amazed the "break" had never been removed in more than 60 years, despite there being no medical reason for it.

"We have started to normalise periods, but in actual fact it's not normal to have the number of periods we do now. If you look back 200 years, women were either pregnant or lactating.

"So actually the number of periods people are having now is abnormal."

Reducing the number of periods a woman had while on the combined contraceptive pill lowered health risks like ovarian cancer, she says.

Data from Pharmac shows 270,590 people were prescribed oral contraceptives in 2018.

Dr Messenger says the information that women no longer needed to have periods for their health would have had a big impact on period poverty and those who suffered severe menstrual pain.

Her clients found the cost of contraception that stops a menstrual cycle cheaper than paying for pads and tampons.

However, New Zealand's most commonly prescribed oral contraceptive, Levlen ED, was currently in short supply and pharmacies were only giving out one month at a time, Dr Messenger noted.

"If women are running continuous cycles they will have to go to the pharmacy every three weeks because they are throwing out one whole week."

Pharmac expects the contraceptive drug to be re-stocked in late March.