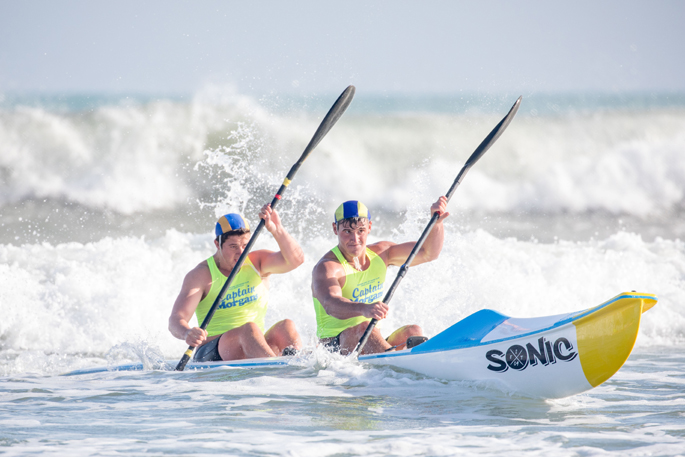 Jordan McLarin and Sam Ferkins (Waikanae) on their way to victory in the under-19 men's double ski final at the Eastern Regional championships in Gisborne today. Photo by Jamie Troughton/Dscribe Media.

Briana Irving and the fleet feet of her Waikanae teammates helped the Gisborne club to an early lead after the opening afternoon of the Eastern Regional surf lifesaving championships on Friday.

Irving, who was part of last year’s world champion New Zealand junior team, collected five golds on the beach sprint track, winning the under-16 and under-19 sprint titles and helping Waikanae’s under-16, under-19 and open women’s relay titles to victory as the Tairāwhiti Gisborne-sponsored carnival kicked off.

Her efforts were matched by teammate Jamie Gedye (open women) and Seven Mapu (under-16 men), while Mapu also helped the under-16 men’s team win gold.

With Jordan McLarin and Sam Ferkins also collecting the under-19 men’s double ski title, Waikanae leapt out to a 21-point lead, sitting on 40 points with Ocean Beach Kiwi second on 19, Mairangi Bay third on 13 and defending champions Mount Maunganui on 11 points. 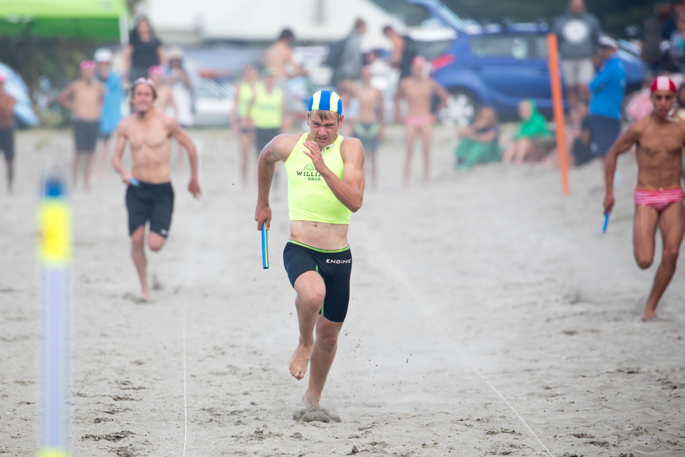 Waikanae's Clayden Hope anchors the under-16 men's beach relay team to a win at the Eastern Regional championships in Gisborne today. Photo by Jamie Troughton/Dscribe Media.

The solid 1m swells are expected to rise over the weekend, with two days of racing still to come, culminating in ‘Super Sunday’, where finals will be live-streamed in front of big crowds.

A full programme of events will kick off at 8am Saturday morning.