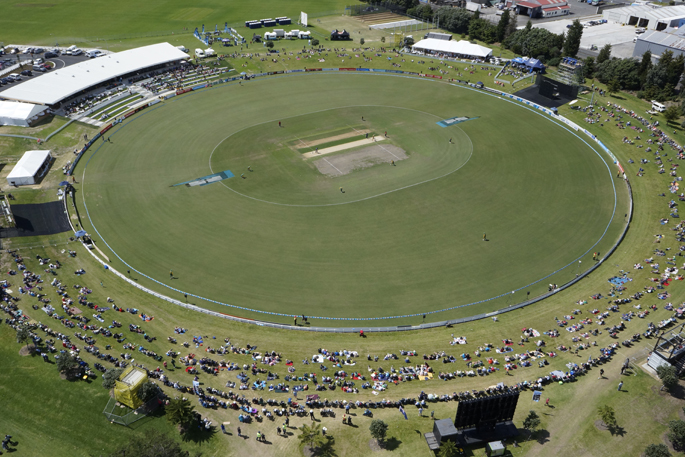 Bay Oval is sold out for Blackcaps second ODI against India this Saturday.

If you were planning to attend the second ODI cricket match between India and the Blackcaps at Mount Maunganui this Saturday and haven’t got a ticket, it’s too late.

But there is some good news for fans - tickets are still available for the re-match at the same venue on Monday.

New Zealand Cricket’s Head of Marketing and Communications, Stacey Geraghty, is encouraging those who missed out, to pre-purchase tickets for Monday’s match

“There is also some tickets available for the two matches at Hamilton’s Seddon Park, the fourth ODI next Thursday and the T20 at the same venue on Sunday, February 10.”

Tickets are also available for the WHITE FERNS’ remaining two ODIs against India women at the Bay Oval on Tuesday and Seddon Park on Friday.

Stacey is reminding cricket fans to purchase only through authorised sellers Ticketek to avoid the risk of buying fake and counterfeit tickets being hawked on controversial online reseller site, Viagogo.

“The last thing NZC wants to see is cricket fans being left disappointed and out of pocket,” she says.