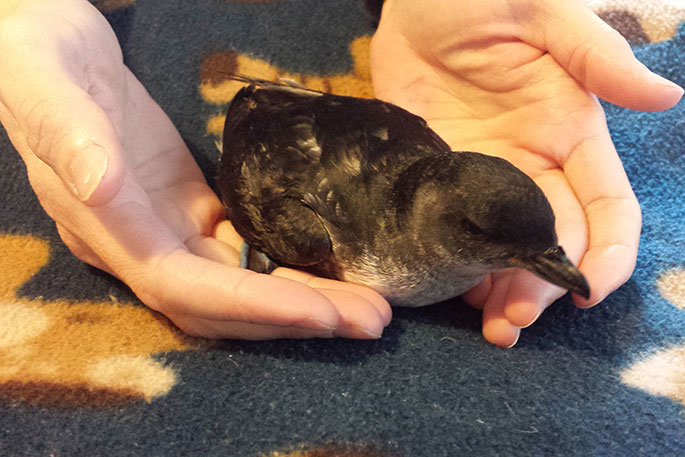 A Tauranga wildlife rescue and rehabilitation centre is asking people to avoid attempting to care for wildlife from home.

The call comes following a number of incidents where the welfare of several species has been compromised.

ARRC Wildlife Trust director and veterinarian Dr Liza Schneider says the clinic has recently seen a series of cases where animals have suffered unnecessarily by people attempting to rescue and rehabilitate wildlife from home.

She says in many cases the outcome could have been avoided entirely, had the animals been brought into the clinic sooner and most important of all, she wants to stress it’s forbidden for people to keep native wildlife at home.

“Only people with a Department of Conservation permit are allowed to keep native wildlife for rehabilitation.

“We recently had a kereru, or a native wood pigeon, come into our clinic that had flown into a window. It was kept in a bird cage for a week where it did not eat the budgie seed left in its cage.

“A week later ARRC were presented with a very debilitated and emaciated bird with a severe wing fracture that needed to be humanely euthanised. This bird suffered unnecessarily for a week.”

She says ARRC is also aware of many other birds which are being picked up from the beach, taken home and fed unsuitable diets.

“It was taken home, inappropriately housed and fed an unsuitable diet. A week later it was presented at ARRC Wildlife Trust emaciated with diarrhoea.

“After weeks of rehabilitation the bird was returned to the beach. Had it been presented sooner and received the correct care its rehabilitation would have been days rather than weeks.”

She says a shearwater was also kept for five days being fed bread and a diving petrel kept for six days and forced to eat cat food before the Western Bay Wildlife Trust (WBWT) was contacted to pick it up.

“In the case of the shearwater, again this was too emaciated to be rehabilitated. Had it presented sooner it would have survived and been able to be successfully rehabilitated.

“The petrel was also severely debilitated and needed to be humanely euthanised.”

Liza says that hundreds of sick, injured and orphaned wildlife are regularly attended to every year in the Bay of Plenty by ARRC Wildlife Trust, WBWT and DOC. These organisations work together to promote conservation and help to ensure the welfare of the bay’s wildlife.

People who come across wildlife animals that are injured or in a concerning health condition should contact ARRC in the first instance, says Liza.

To report wildlife call ARRC Tauranga on 07 579 9115 or drop in to the clinic at 56 Fraser Street Tauranga.

Alternatively more information on how to assist and assess wildlife, to determine if intervention is necessary, is on the ARRC website.