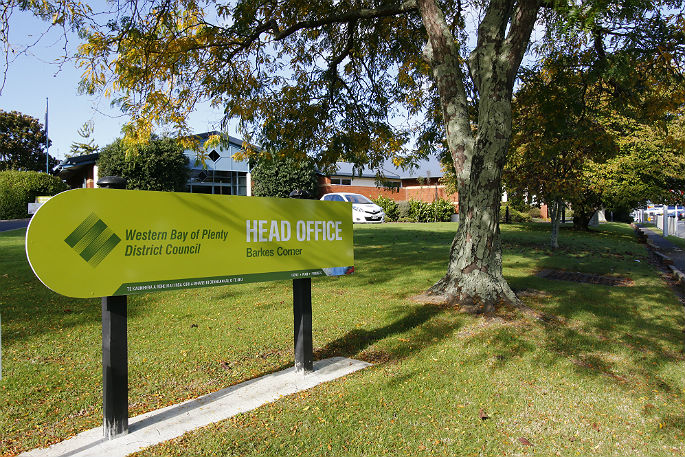 Western Bay of Plenty District Council has today voted to establish one or more Maori wards – but the decision was not unanimous, and may not even come to fruition.

The atmosphere at today’s council meeting at Barkes Corner was at times tense, with members of the public and councillors speaking for and against the idea.

Two people spoke out in opposition to Maori wards during the public forum phase of the meeting, addressing councillors and the predominantly Maori audience.

Katikati’s Christina Humphreys was one of the speakers, saying she did not ‘approve’ of Maori wards.

“This is not democracy,” she says.

She mentioned how she stood unsuccessfully for the council in 2016, but that was how democracy works – everyone has an equal opportunity to put themselves forward for election.

She also says there are ‘more than 20’ Maori MPs in parliament, suggesting Maori are quite capable of being elected on their own merits by non-Maori voters.

“You don’t need to come in through the back door.”

Norm Mayo, also from Katikati, echoed Christina’s concerns. He began by saying it was all ‘a bit sad’, and cautioned that he wasn’t a racist, as he’s married to an Asian.

“Most New Zealanders stood up against apartheid, but this is apartheid in reverse,” he says. “I believe Maori are a wonderful race. We’re demeaning them by giving them a back door onto council.”

He showed a PowerPoint slide with a quote from Rua Kenana: “We are one nation but two cultures, we are not mono-cultural. Our democratic systems should properly reflect our duality.”

Unsuccessful 2016 mayoral candidate Kevin Tohiariki also spoke, criticising the speakers from the public forum for ‘arguments based on negative rhetoric, but not reality’.

He pointed out the council already has geographic wards limited to certain electors, and that Maori wards would be in line with Crown obligations to the Treaty of Waitangi.

“This is not separatism; it recognises the concept of partnership.”

Afterwards, the mayor and councillors were able to speak for or against the creation of Maori wards.

Te Puke/Maketu ward councillor Mike Lally spoke firmly against the proposal, pointing out that despite Whakatane District Council’s recent vote in favour of Maori wards, 70 per cent of Whakatane electors voted against them in a 2007 poll.

“I have sat on the council when two Maori were elected from Maketu and Waihi Beach, and that was based on their ability,” says Mike. “Maori wards are divisive. No one I have spoken to supports them.”

Fellow Te Puke/Maketu ward councillor Kevin Marsh also spoke against Maori wards, saying he has Maori and non-Maori grandchildren, and could not vote to give some of them more rights than the others.

Kaimai ward councillor Margaret Murray-Benge was the third and final councillor to speak against the proposal, in what was arguably the fieriest speech of the meeting.

She pointed out she is the only woman on the council, despite women making up 51 per cent of the population. She then described her own history of local body representation, including first being elected in 1977. Despite her experience, though, she says she wasn’t awarded a position as chairperson on any committees during this council term.

“Equality of opportunity isn’t alive and well,” she says.

She then talked at length about her family history, the Magna Carta, the Treaty of Waitangi, and her belief that Treaty settlements have done a disservice to Maori.

She concluded by pointing out current New Zealand First MP Ron Mark was elected mayor of Carterton not because he was Maori, but because he was the best person for the job.

“I will never, ever introduce an apartheid system, which I believe Maori wards are.”

Other councillors then spoke in favour of the proposal, including several who admitted to being opposed to Maori wards in the past, but had since changed their minds.

Mayor Garry Webber says the Western Bay of Plenty District’s constituency has one of the highest percentages of Maori among local authorities in New Zealand.

“We have 11 iwi and 74 hapu within our rohe, and while no representation system is perfect, it needs to represent the people it affects. Today’s bold step by the council recognises this and paves the way for fairer representation.”

Garry accepts not everyone will agree with the decision, however the position and role of tangata whenua in New Zealand’s political, economic and environmental landscape is as strong as it has ever been.

“When you take this into account, along with a district that is heading into a post-Treaty settlement environment, it is very clear Maori should be around the council decision-making table.”

Debate on Maori wards coincides with the six-yearly representation review, which legally binds the council to consider Maori representation.

The council must publicly notify its decision by November 30, 2017. If five percent or more of the district’s electors demand a poll, the issue will be determined by a public poll.

However, Margaret Murray-Benge says she will be seeking to have a poll on the issue. Mike Lally also says several electors he’s spoken to are planning to petition for a poll.

The final number of Maori wards in the Western Bay of Plenty (one or two) will be determined during next year’s representation review process.

If Maori wards are established they must remain for two triennial elections.

Only those on the Maori roll may vote in a Maori ward, and are in fact obliged to, if a Maori ward is created – they cannot vote in a general ward instead.

However, anyone of any ethnicity (or indeed, place of residence) may stand in a Maori ward, provided two electors within the ward nominate them, and they are a New Zealand citizen.

HOW THE COUNCILLORS VOTED

i agree but to sit as a voted voice that has not been voted by the public is apartheid, seats on council need to voted by public vote not by councilors

More nonsense from the captain of it.

Cap’n, If you take an unblinkered look at Parliament, you will see that only 7 seats are reserved for Maori issues. Seven out of 120 members = around 6%. Those Maori who sit in non Maori constituencies are bound by the electoral act to represent those who elect them.They cannot switch to represent Maori. Maori make up 15% of our population, but their representation in Parliament is restricted to 6%. A disgrace in any language. Robin Bell.

There are more than 15% of the politicians who are part maori, and they got in without special help. Anyone can become a councilor, including the Asian mayor down South, the transgender person a few years ago in central North island, and so on. Special undemocratic privileges only for part maori is a disgrace. Get elected on merit like everyone else has to. NZ is an apartheid, separatist, racist country with hundreds of race based privileges for part-maori only.

a complete 180 degree turn from your position on the Whakatane thread. Congratulations. Robin Bell.

WBOPDC Council is to be applauded for voting in favour of Maori Wards. We are one nation but 2 peoples culturally distinct. Democracy is required to reflect this duality otherwise we are South Africa pre Mandela - white rules

It is true you need guts overit,

but it is more important to make sense. Perhaps you should ask, where in the "book"of democracy does it state-- No REPRESENTATION for our founding partner. How can the minority partner be represented, with no means of being elected? How can Maori representation be compared to Apartheid? Simple questions overit, but never answered. Robin Bell.

These 2 people had a lot of guts to stand up and oppose this policy. Probably not much good opposing it though, I am sure its a done deal.

The place of women

Well Margaret New Zealand has been blessed with many women at high levels of Parliament, local Government, the judiciary and in business. It’s a matter of competence and likeability Margaret.