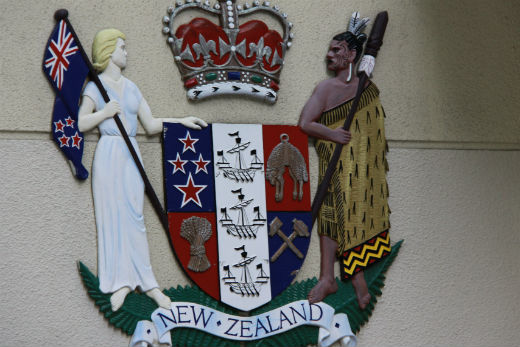 AFFCO New Zealand Limited has been fined $30,000 and ordered to pay reparation of $25,000 after a worker was impaled on a meat hook.

He was trapped on the hook for about 30 minutes. Once the hook was taken off its chain, the victim took out the hook and was taken to hospital by ambulance.

The hook fractured his cheek bone and caused significant damage to muscles used to chew food.

The victim underwent rehabilitation and returned to work on light duties four months after the incident. He has ongoing headaches and pain when moving his jaw.

AFFCO New Zealand Limited is a meat production company and exporter and is part of the Talley’s group of companies.

The company was sentenced in the Tauranga District Court today on charges under the Health and Safety in Employment Act for failing to take all practicable steps to ensure an employee was healthy and safe at work.

On August 19, 2014, the victim was working as part of the night cleaning crew, cleaning the ’head off’ machine in the mutton slaughter department.

The machine hadn’t been in operation but had been soiled due to the meat processing operation.

A foreleg chain was still operating and a hook on this chain impaled him. A disused steel barcode scanner frame then momentarily trapped the victim’s head between it and the hook which resulted in the hook being driven into his face.

The victim was then pushed past the scanner frame as the chain was still operating.

The victim then screamed, alerting other workers who activated an emergency stop button. Colleagues quickly put a grate under his feet to take his weight off the hook, preventing the hook from causing more damage. The victim was freed once the chain guards and bolts attached to the hook were removed.

WorkSafe’s Chief Inspector, Keith Stewart, says there were a number of steps AFFCO New Zealand Limited could have taken to keep the victim safe while he was at work.

“They could have ensured there was a robust lockout process in place and that staff training regarding lockout processes, was up to date and current.

“The company should also have ensured lockout processes were strictly adhered to, that the mutton foreleg chain was not operational as part of the cleaning or inspection process, and that all potential trapping points were identified and managed.

“While this accident reinforces the need for organisations to be continually vigilant in the management of risk, sadly a man now has life-changing injuries that leave him in constant pain.”

do evereything wrong and go where you are not supposed to be. get injured blame everyone else and get paid for it

One would have thought it a good idea to turn off the plant before climbing around it?

Makes my toes curl just reading it. Such disregard for health and safety makes you wonder what is actually in sausages and why they are so cheap.